I was whining on Friday about the cost of the tires I had just bought.  $257 for two tires for the front of the Cavalier.


Tires are one of the variables that I believe should be "saturated". It does not pay to economize.  I had sporty tires on the Cavalier that were not worth doodly-squat on snow.  Most damning was a near total lack of siping in the fore-aft direction.

You have a fundamental decision to make if you only have budget to replace two tires on a front wheel drive vehicle.

Most experts advise putting the best tires on the back.  That way, any condition that will challenge your traction envelope will keep you stuck in your driveway.

The more adventuresome among us believe that putting the best tires on the front enables us to see more of this grand world.  We certainly get to see more of the world as we do 360s enroute to the ditch.

Going around a curve with the crappy tires in the back means that when you lose it, the rear end breaks free first.  Spinning around the vertical axis is known as "Yaw".  Popular wisdom is that "Yaw" received its name after a redneck put down his beer and said, "Yaw gotta watch this!"

Being a redneck, I put the good tires on the front.  The difference was huge.  I double appreciate the traction because Mrs ERJ's minivan will be in the shop until at least Friday.  So the Cavalier is our only motorized ride.

The snow is still sprinkling down and the wind is picking up.  One inch of snow can shut us down if the wind is blowing hard enough.  You don't need much snow if you squeeze enough mileage out of the snow you do get.  But we have about 12 inches of fine, dry, blowy snow to work with....so it will not take much wind to shut us down.

The upside is that after it blows a bit the individual snow flakes becomes less feathery and pack into dense drifts that are resistant to further blowing.

We have a doctor's appointment about noon on Tuesday that I expect we will be able to make.  We will still carry a snow shovel.  I can still get hung up due to my low ground clearance....but I doubt I will get stuck in 2 inches of snow any more. 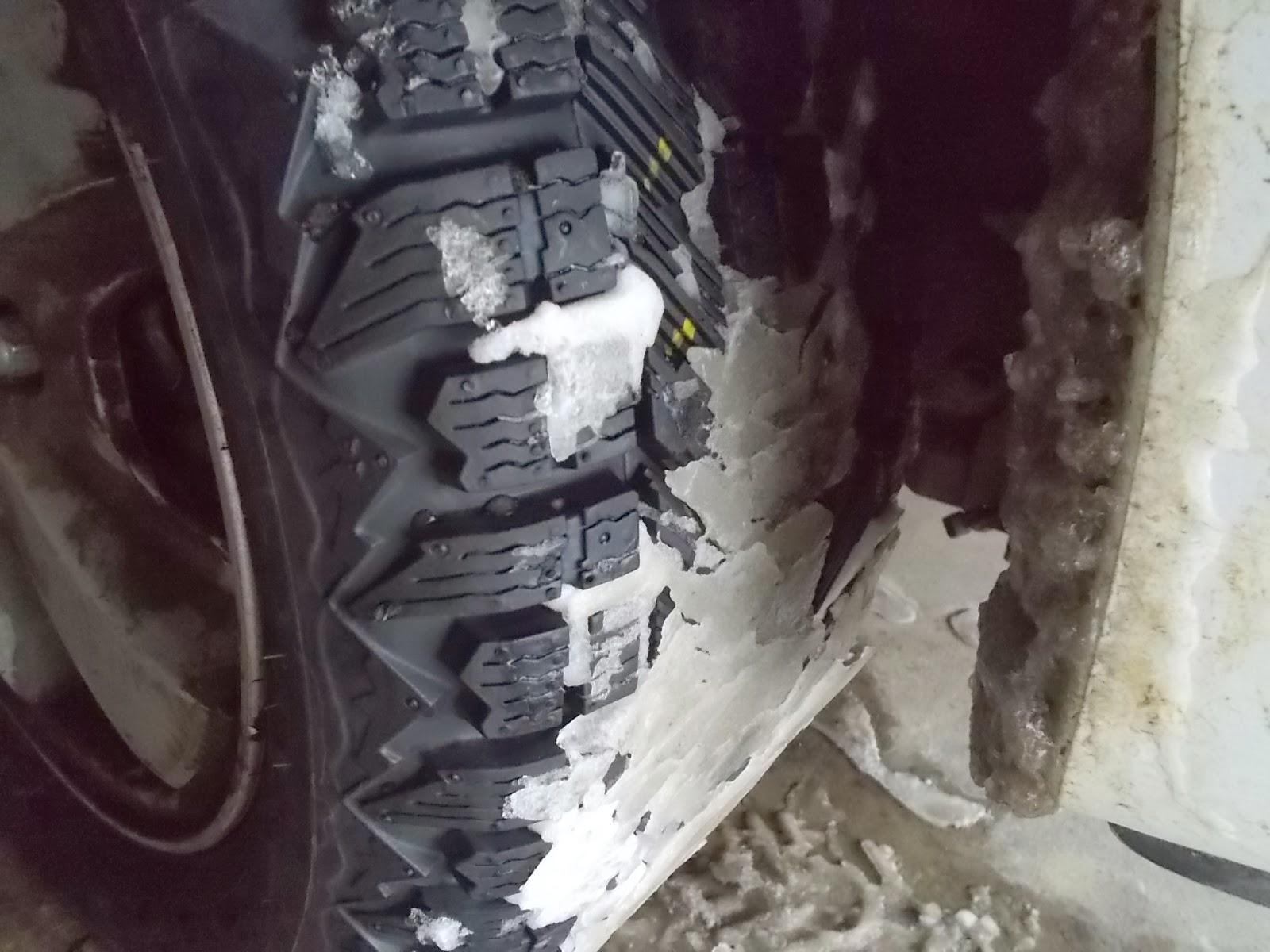