Baby its Cold Out There

Due to unexplainable biological factors the Boston Terrier seems to be unable to perform certain, necessary body functions in the Great Outdoors.  Actual temperature was about 10, wind was 23 mph, wind chill was approximately -25 F.

He chose the gun safe as the target for his excrement.

I do not like that dog, I do not.  But Kubota has bonded with him.


One of the joys of living on 10 acres and being retired is I can reload 5 shotgun shells, pick up my shotgun and hunt rabbits.  The Lee Load-all is set up to drop 17 grains of Alliant Red Dot and 7/8 oz of #6 shot.  I add three black-eyed peas before I dump the shot to create a more acceptable crimp.

The hunting has not been all skittles and cream.  The snow is very crunchy and loud.  Most of the rabbits bust cover before I am in range.  7/8 oz of #6 out of a cylinder bored 12 gauge quickly runs out of pattern.

I am using my Go-to weapon, a Mossberg 500 with a Tasco Red-Dot sight (not related to powder).  A couple of interactions came into play.
One of my personal weaknesses as a hunter is the tendency to turn into a spectator after the first shot.  There is some utility to doing this when deer hunting.  It is valuable to know where to look for the blood trail so you can recover the animal, reduce it to bag in the lingo.  The deer is usually accelerating and shots, after the first one, are low percentage shots. 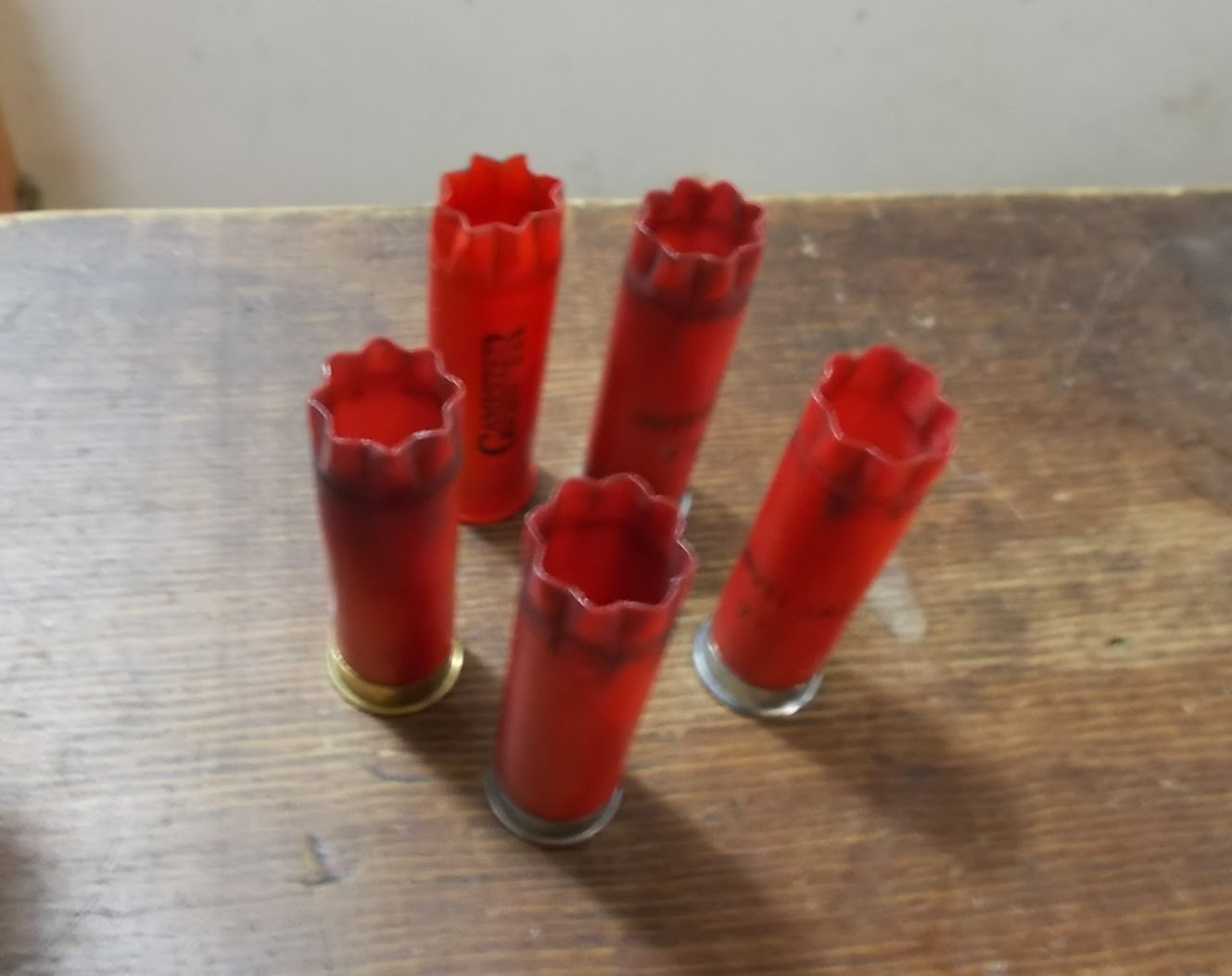 It is a little different when hunting rabbits with a scatter-gun.  I had ample opportunities to flip off the safety, shoot, rack another round and shoot again.  It makes me a better shooter.

More shooting also floats "issues" into sight and that is the first step to resolving them.

I saw six rabbits but only shot one.  There are a boat load of rabbits out there!
Posted by Eaton Rapids Joe at 7:19 PM