Grab them by their wallet

Suppose you had one guy in your group whose only job was to bring the beer. Bubba is a total bore and makes it tougher to impress the girls, but hey, he always brings the beer.
You got to the beach and Bubba didn't bring the beer. Not only did he not bring the beer, he lectures you about your beer belly.
He tells you he will no longer supply the beer. He will eat your barbeque and smoke your cigars. He will ride around in your pimped out truck and push the buttons on the stereo so it plays the music he likes.
The next time you go to the beach you take your own beer and Bubba stays home. Really, who takes German Shepherds to the beach, anyway?
Never mollycoddle a malcontent
For no particular reason, here are the sponsors for the United States National Women's Soccer Team: 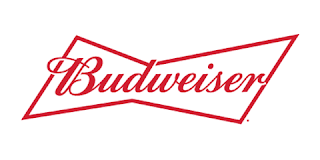 If those sponsors have money to squander on America-hating teams that refuse to play (the only thing we ask them to do), then those sponsors are charging way more for their sweat-shop products and financial legerdemain than I am willing to pay.
I say that if the USNWST wants to burn down the house, let's help them!
Posted by Eaton Rapids Joe at 6:13 AM