Both "Anonymous" and Mr B shared a few thoughts in the Comments that I thought deserved space above-the-fold.

I think it depends on the purpose/mission of the cache.

That adds much clarity to the discussion.

If you look at the cache for the high-desert hermit, the purpose of the cache is to provide a few comfort items to make waiting while flood-waters recede somewhat more endurable.

The cache for the snowmachine enthusiast is to provide the means for emergency repairs.

For me, it had always been about walking home from work.

My entire "real" work career was spent with a multinational corporation that slowly imploded over the course of four decades. It went from totally dominating the world market to going bankrupt over that time. One consequence of the implosion is that jobs within the company became a game of musical chairs. You jumped into any open seat when the music stopped.

In 1984 I was assigned to a boss who worked in Warren, some 95 miles from my desk. For the next twelve years, I drove to Warren two-to-five times a week.

For those who are not familiar with Detroit, it is surrounded by rings of suburbs. Warren is a "first ring" suburb. Sterling Heights is a "second ring" suburb, Utica is "third ring" and so on.

Urban blight paused, briefly, at Eight Mile Road but then bled north into the 'burbs.

The facility I was assigned to was on 12 Mile Road.

The question on the table was, "What would it take to walk home, some 100 miles to the west?"

The question popped up again in 2009 when I was assigned a job in Pontiac, Michigan 94 miles from where I currently live. I worked there for about two years.

Even as a retired guy, Michigan's major airport is Detroit Metro and it is about 100 mile from home.

At fifteen or twenty miles per day, that means between five and seven days of walking. Carrying that amount of gear/food makes you conspicuous, especially in an urban environment, which in the case of starting from Warren would be at least twenty miles of walking.

SpartanF3nc3R suggested finding a like-minded person who would hold a five gallon bucket of his "stuff", possibly in an reciprocal exchange. That is, Spartan holding the counter-party's bucket.

That addresses many of the security issues of having your cache pilfered by others.

In the case of the walk-home from Warren, having that person 10-to-20 miles out would be useful. Novi (20 miles west) would be nearly ideal as I would have drilled through nearly all of the urban areas.

The downside is that I chose to live somewhere between nowhere and nowhere-squared. For one thing, property values are cheaper here. I am not sure the other party would find much value in stashing a bucket with me and I am not about to trade away a spot in the lifeboat to somebody who is not family.

Fabulous comments. Thanks a million to the readers.

Incidentally, both WWW and Aesop have essays on caches.

It is a clear case of 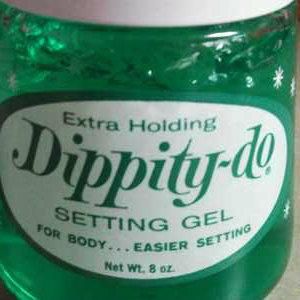