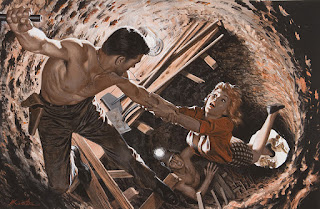 "Whatchya looking at?" Mrs ERJ asked the other night.

Well, I started by looking at ZeroHedge and they had an article by James Howard Kunstler.

Then I looked at the books written by James Howard Kunstler. 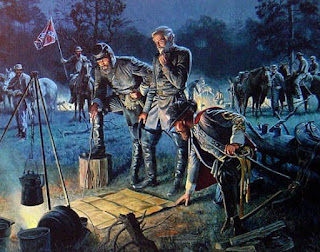 Some hits on an illustrator named Mort Kunstler popped up.

Some of Mort Kunstler's painting had been posted on a website called Last Stand on Zombie Island.

Where the author talked about a ship that had been deposited by a tsunami two miles inland back in 1867.  The tsunami was in the Virgin Islands and the earthquake occurred shortly after a major hurricane (sort of like the one that recently happened in Japan). 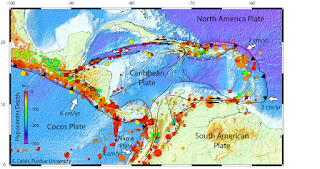 Which naturally led to a need to investigate the tectonic fault lines in the Caribbean and Central America. 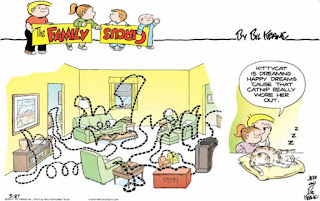 After a while married couples speak in code.  It was enough to say, "I was looking at A Family Circus cartoon."
Posted by Eaton Rapids Joe at 1:43 PM