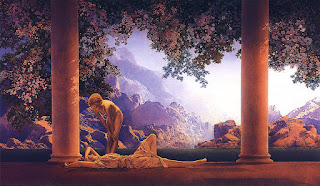 There seem to be two huge assumptions made by those of us who attempt to envision the future.  The assumptions are mutually exclusive.

One assumption is that EVERYTHING will change, including man's basic nature and the laws of thermodynamics.  This model gives wing to flights-of-fantasy untethered to reality. Most utopian models have this assumption as their cornerstone. Tattoos that photosynthesize? No problem. Feel-good sex with no emotional bonding and the resulting separation issues afterward?  Groovy. Humans who universally support the common-good over self-interest?  You bet.

The other assumption is that only one thing will change and everything else will remain essentially unchanged: Say the price of a gallon of gas increase by a factor of three but everybody still lives in suburbia and has a forty-hour-a-week job.

One author whose work I read recently dismissed the possibility of people adapting to diminished possibilities by doing more for themselves rather than purchasing those items and services from the money-economy.  The author's rational was that it takes more time to grow your own food or sew/repair your own garments. My thought was that people will have time to burn after they lose their job and cannot afford cable TV. 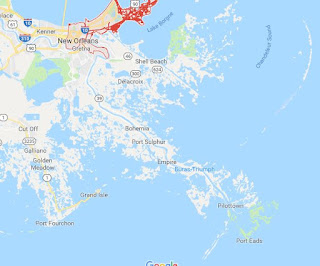 It is difficult to come up with analogies that convey the interconnectedness of the economy.  One analogy might be the innumerable bayous and channels at the mouth of the Mississippi south of New Orleans.  The flow of water and sediment (resources) shifts in an endless kaleidoscope of patterns as silt build-up chokes some channels while waves and currents carve new ones.  That model suggests that it is almost impossible to change one thing without a concomitant change in a multitude of other, interconnected channels.

So it is with the economy. Old enterprises become burdened by hardening of the arteries as major stakeholders create demensne-holdings. New enterprises arise that threaten the older ones because they operate with greater flexibility and lower fixed costs as fewer resources are "ear-marked" for non-productive ends. 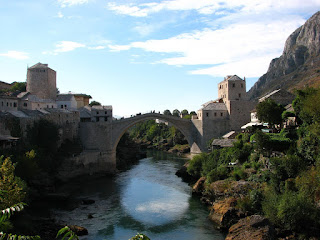 It is possible to build a fortress beside a river to enforce a toll, but eventually the river is going to win. It is going to under-cut the walls and topple the castle.  But only a fool bets on when the castle wall will topple.

Some things will change: