Immigration is not a topic I would normally tackle on this blog, but the times give me little choice.

Not only is immigration a "hot topic" in this election cycle, but a close family member recently announced their intention to marry an "undocumented alien".  Consequently, you get the benefit of a ring-side seat as I grapple with "Immigration" and become clear on what I believe.

The nature of the issue


Difficult issues, almost by definition, are multi-dimensional and the dimensions are linked together in hidden ways.

Normally, we solve problems by picking the most painful aspect (or the easiest part to solve) and addressing it.  Then, after it is resolved, we address the next biggest problem and wear that one down.  An example would be shoveling snow off of driveways.    Start with the shortest drive to create the most benefit in the shortest amount of time.  Then keep shoveling drives until they are all cleared.

That approach does not work when shoveling snow off of one driveway inevitably results in more snow being heaped on the adjacent driveways.  This class of problem cannot be solved by unilaterally addressing individual facets of the problem in isolation.  They must all be solved together.

Chronic underestimation of the difficulty of the immigration issue has undoubtedly  contributed to the schizophrenic, multiple-personality feel to how our government deals with immigrants.


In spite of the limitations of univariate analysis, it still has value as a way of defining the landscape of the issue.

National sovereignty -vs- moral burden to other humans


As a Christian, I am duty-bound to consult the Bible as a primary reference.  Even within the Bible there is much tension.  In the Old Testament there is the tension between the entire book of Exodus


"She conceived and bore a son, whom he named Gershom; for he said, “I am a stranger residing in a foreign land.”  Exodus 2:22

and the divine covenant giving the Jewish people the Promised Land (which was already inhabited).  In the New Testament there is the tension between the Sermon on the Mount and many, many uses (in Parables) of the image of a house barred against the evils of the night.

As a Catholic Christian, I am also obliged to give direction from my church ample and serious consideration.

We benefit from immigration...but who should we let in?

Most economists tell us that the economy "needs" a growing population.  US women have a "fertility rate" of about 1.9 and to simply maintain our population we need a fertility rate of about 2.1 (a rate of 2.0 would be enough if all women lived to at least age 49...but that is not the case).  We do not make enough children to sustain, much less grow, our population.  Europe is in far worse shape, demographically.  The average birth rate in the European Union is 1.6 children per woman. 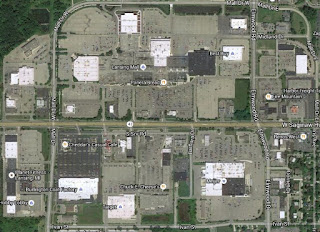 Even those of us who wistfully remember the days when you could hunt pheasant where the Lansing Mall now stands really want to turn the US population back to 1965.  As a pragmatic matter, we need young people to take care of us when we are in a nursing home.

There was a time when the United States was the preferred destination for intellectuals displaced by Fascism and the chaos of war.  Even today, the United States is attractive to Asians with expertise in medicine and engineering.  A manager of an engineering department in mainland China can expect to make $8000 a year while he might make 10-to-15 times that in the United States.

One must be aware of the dynamics that drive economies to equilibrium.  The disparity of costs is not lost on corporations.  Why import Asian talent when the work can be so cheaply out-sourced to Asia?  And from the medical front, the Affordable Care Act reduces the economic prospects of individual physicians.

The pernicious effects of amnesty


On the face of it, amnesty seems like a humane action but it is a very cruel lottery ticket.  According to the comments at Marginal Revolution, that ticket (US citizenship) is worth about $100K

Countless Latin Americans are in the US, absolutely sure that they will be granted amnesty at some point in the future. They are starting families and businesses, all while being at risk of being rounded up and deported.  Meanwhile, their compromised status makes them extremely vulnerable to coercion, exploitation and fraud AND it completely destroys their chances to pursue legitimate paths to citizenship.

The dilemma is that granting general amnesty would validate those immigrants and trigger an even bigger wave of undocumented immigrants.


Most of them come to work.  That is better than many native born US citizens.

Most immigrants grew up in places where they could see workers fabricating and assembling.  They saw blacksmiths and foundaries, welders and sewing machines.  They saw mechanics rebuilding engines and transmissions.  In terms of skills, these immigrants are like the Americans of the 1950s.

Coming from places where the scales are much smaller, they often have a much firmer grasp of how the "parts" of an enterprise fit together.  They saw tobacco leaves coming in the back door, cigars leaving by the front door and everything in between.  They know this in a very concrete way and are far more pragmatic way than most business students.


By push and shove and the evolution of ad hoc decisions, we achieved a stalemate.

For the most part, "undocumented" immigrant are allowed to stay invisible if they do not break any major laws.  He/she is granted driver's and marriage licenses.  He/she is employed and usually paid cash.  They receive medical care in Emergency Rooms and receive immunizations at county health clinics.

As of now, they have no path to citizenship and always have the risk of deportation nipping at their heels.  But their children will be citizens.

And, as some Biblical scholars have pointed out, Exodus tells us that the Jewish people wandered the desert for two generations. Virtually none of the Jews who left Egypt as adults made it to the Promised Land....not even Moses.  Citizenship for the children of "undocumented" immigrants improves upon that by one generation.

That may be the best we can do.
Posted by Eaton Rapids Joe at 10:37 AM