Bring back the burn (not political)

Few things are more difficult to sell than the idea that fire is beneficial and that fire is a critical management tool for creating healthy, resilient ecosystems.

The Native Americans frequently burned.  These burns were not accidental.  They actively planned and executed burns.

Have you ever been in a climax forest?  There is darned little plant or animal life at ground level due to the dense shade.  The native Americans knew that and took steps to reset succession back to younger, more productive stages.

Early settlers burned.  They did not have bulldozers or herbicides.  Controlling encroaching brush involved burning and grazing.

Up until the early 1960s it was common for farmers to burn fence rows. It was a way to keep fence rows tidy and it was something a farmer could do when the weather was mild and the fields were still too wet to work.

And then something happened:  Television. 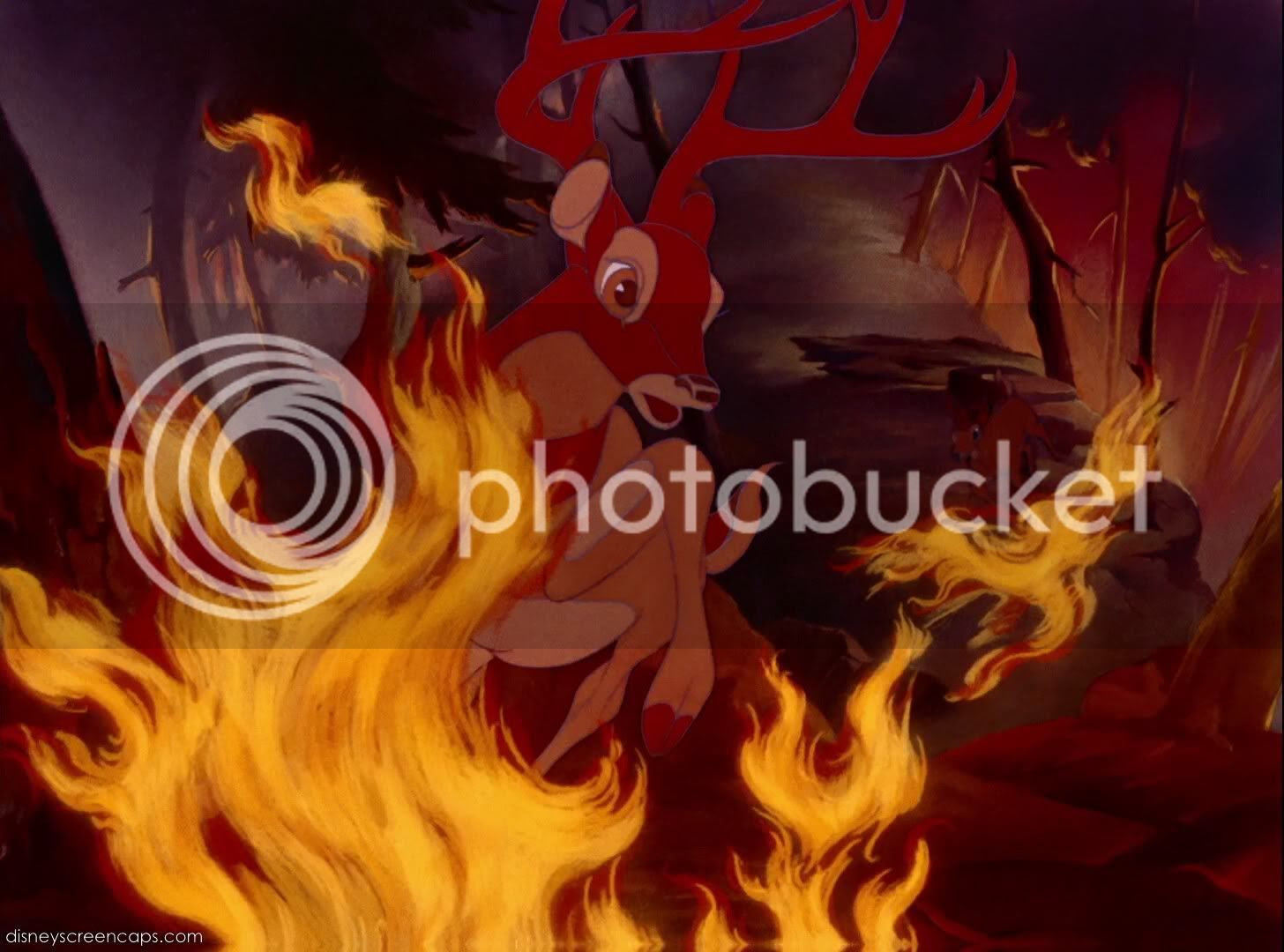 As wide-eyed tots we were saturated with pro bono messages of Smokey the Bear telling us to prevent forest fires in between viewing of Disney's Bambi.  Those messages are firmly wedged between the smell of Grandma's Cinnamon Crumble Coffee cake and the sound of bacon sizzling in a big, cast iron skillet.

The economics of farming that started tilted toward bigger operators and more mechanization in the 1960s accelerated in the 1970s when the US started using food exports as a tool of foreign policy.  Fence rows were bulldozed out as fields were merged to make them friendlier to larger equipment.  Herbicides became commonplace.  We had entered the era of better living through chemistry.


Disturbances create a myriad of ecological niches that would not otherwise exist.

In the absence of disturbances the plant (and animal) communities converge to a climax community with very little diversity.  The "winners" are the tallest plants, the ones that leaf out the earliest, that do not squander resources on frivolous seed production even as they reproduce with glorious abandon and grow thicker than hairs on a dog's back.

Seeds of other species cannot penetrate the site from outside if it is a large site.  Seeds waiting in the soil for their chance lose viability when they must wait too long for a disturbance.

Fire is a disturbance (or a stress/selection pressure) 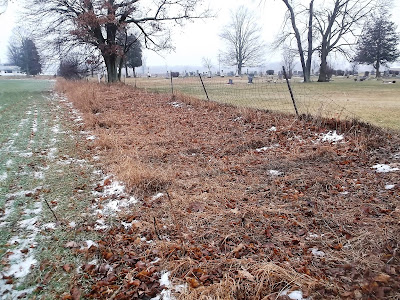 Let's look at a fence row where the dominant, "climax" vegetation is Smooth (Hungarian) Brome grass (Bromus inermis).  In other areas this might be other species...Tall Fescue, Phragmities, Reed Canarygrass or even Cattails.

Brome grass spreads by both seeds and short rhizomes.  It forms a thick sod.  It is drought tolerant and very resistant to cold.  The dead stems and leaves form a thick mulch that can only be penetrated by shoots launched from resource-rich roots or bulbs.  That thick mulch keeps the soil cool and very dark.  Species with small seeds do not have enough fuel to rocket up, through the mulch to the light.  Either that, or they land atop the mulch and cannot germinate due to lack of moisture.

Brome grass's extensive network of roots capture the nitrogen that had been sequestered by the previous seasons' canopy (the mulch) as it decays.  It is a closed system.  Brome grass grows vigorously because it is uniquely poised to recycle the resources it had locked up in previous seasons.


Primarily, it burns off the mulch.

The char darkens the surface, causing the soil to get much warmer early in the season while there is still a goodly supply of soil moisture.

Sunlight hits the mineral soil.  Some seeds require sunlight before they will initiate germination.

The Brome grass cannot be as competitive because the fire burned off the nitrogen.  It is gone with the wind and the smoke.
Burning the mulch creates a big surge in potassium leaching into the rootzone.  Potassium is critical for flower bud formation and seed development.  (Orchard note:  You can tip a tardy fruit tree into fruiting by withholding nitrogen and "whacking" the tree with a burst of potassium.  Works for orchids as well.)  Small perennial species have room to spread out and produce seeds.

At the root level, burning can cause the dominant species of grass to slough off roots.  That increases the organic matter in the soil.
Mushroom hunters have been accused of torching grasslands to stimulate the production of morel mushrooms.  The jury is undecided if burning actually increases production due to sloughed off roots and the potassium burst or if it just makes them easier to find.

A multitude of plant species can flourish after the dominant species' stranglehold on resources is broken.

That multitude of plant species becomes a smorgasbord for animal life.  Instead of one big, short-lived release of airborne pollen (most grass species do not produce nectar), the pallet of wildflowers presents an ever shifting buffet of nectars and pollens.


In turn, that endless bounty of nectar and pollen sustain native pollinating insects, which can increase crop yield.

That nectar and pollen also feeds hundreds of species of parasitic wasps that attack insect pests like packs of airborne piranha. A ready source of nectar means that those wasps live,  and lay eggs, for weeks instead of for hours.

A robust population of these parasitic wasps may be the keystone to being able to fend off invasions of exotic insect pests.  Given sufficient pressure from parasitic wasps, devastating insect pests like the Oriental Gall Wasp can be reduced to a minor, historical footnote.

Back to Smokey the Bear 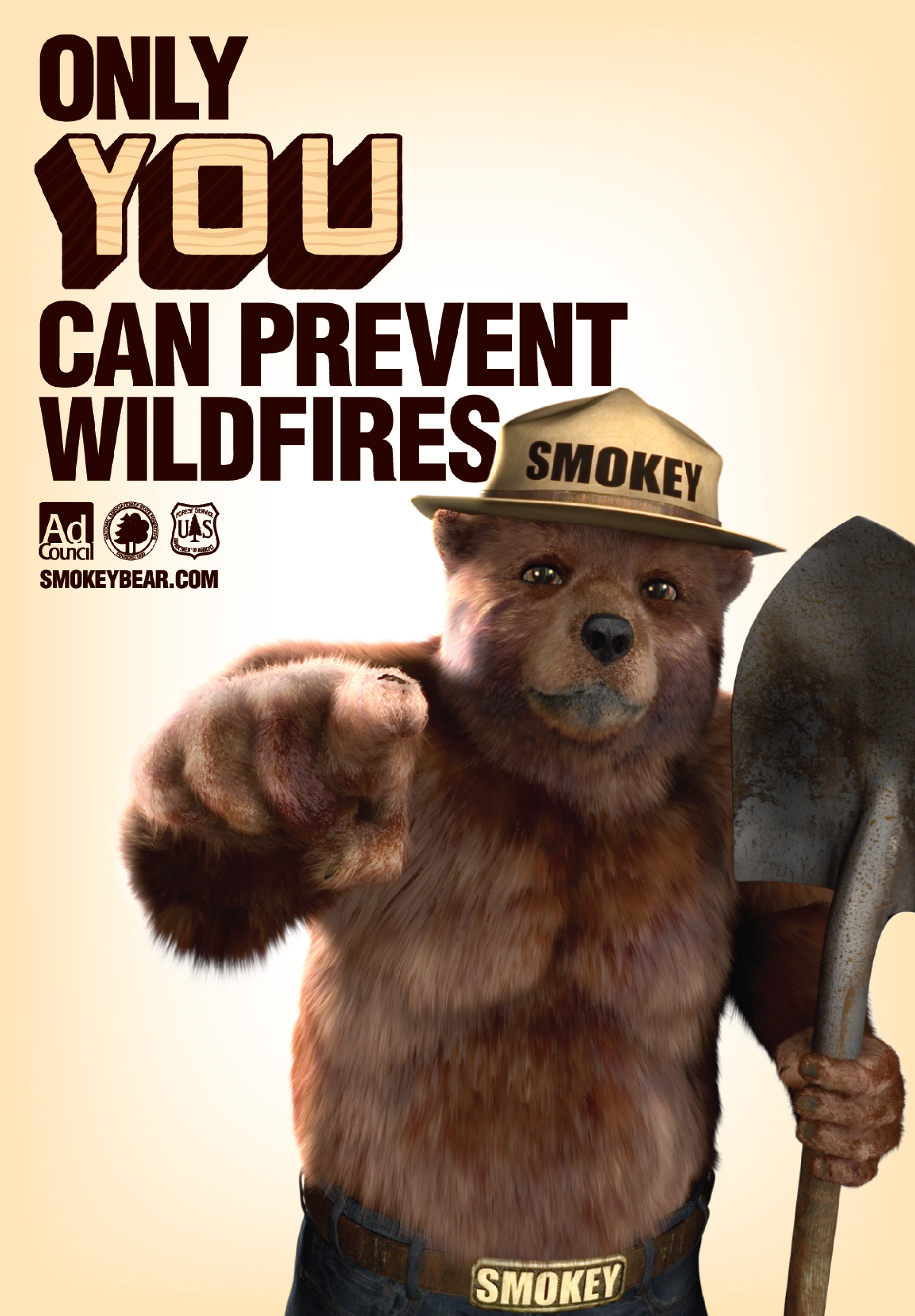 Read the text on the poster.

"Only you can prevent wildfires."

The forest service is attempting to soften the message but I think they are being too subtle.  We read what we remember.  We skim the text and mentally substitute the remembered word "Forest" for the actual word "wild".

If you manage some property, please keep an open mind about fire as a management tool.  Consider testing it out on a small bit of land and see if you like what happens.

If you have a neighbor who is "burning", don't judge. He may be WAY ahead of the curve.

Fire is not a bad thing.

Posted by Eaton Rapids Joe at 7:25 AM