One issue that Dan Zay pointed out in his earlier email regarded the concept of "succession".

I am flattered that he regards the EatonRapidsJoe readership to be sophisticated enough to absorb concepts that are more complicated than what are taught to college sophomores. The following essay is my understanding of what Dan Zay was trying to communicate.  As always, all mistakes belong to me, the author.


Traditionally, "succession" was taught as if it were linear, and smoothly progressed along a preordained path.  It is a train, locked to the rails moving at X rate of speed through the entire process.

This meme is the origin of many cartoons. 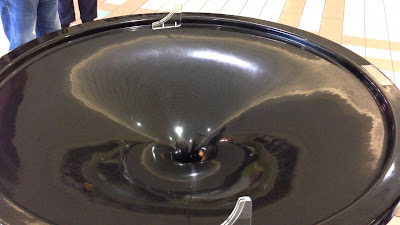 Later, the concept became a bit more nuanced.  The path might be variable but the end-point was fore-ordained.


The next step in the evolution of our understanding of succession was to incorporate the idea of local minima.

In this model, there are five equilibrium states.  The equilibrium state occurs when the buckshot is in the bottom of any given depression.  Every state is equally valid.  This model is useful for explaining why identical sites sometimes converge to very different plant communities:  scrub pine/juniper, or tall pine, oak forest, cheatgrass barrens or tall grass prairie.  It depended on the initial position and trajectory of the buckshot. 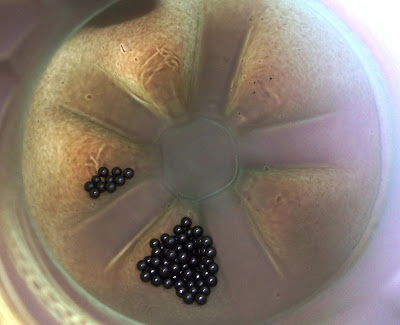 From there, it is a small step to think of succession as many independent organisms all subjected to the same rule-set.  In many cases, these communities are self-reinforcing.  For example, in many fire dependent ecosystems, the plants produce a certain amount of fuel, at a certain elevation that ensure continuance of those species and represses other species that would compete for that niche.

In spite of that self-reinforcing nature, there can be a mosaic of vestigial "legacy communities" hanging onto tiny fragments of habitat.  Those legacy communities are genesis bombs that can repopulate the landscape if/when a mega-disruption occurs and drives the habitat to a new local minima equilibrium.

Some legacy communities are incredibly tenacious.  Other communities, even if dominant, just seem to be waiting for the smallest of disruptions before tipping into a different equilibria.  That is part of what makes the study of ecology interesting.


We see the same phenomena in human communities.  Some of them are extremely resilient and hang on tenaciously.  The Amish and Mennonite communities, for example.  Other communities seem to show all of the stability of a willow tree in a windstorm, the children of the upper-middle class, for instance.

In some cases, the mosaic of smaller human communities are drilling holes in the bottom of our collective life-boat.  Examples include the various entitlement classes:
It will be interesting to watch.  Some of these communities might gently unwind into a more appropriate equilibria, or the unwind might be catastrophic.  Time will tell.