According to Maria Leinart, creator of the therapy known as DBT, our minds can function in three different modes.

The first mode is emotion based, it is the primitive, "reptilian" brain that I consider to be our native operating system.  The native system has the advantage of quickness and "takes over" when it feels threatened.  (This is Kahneman's "System One") 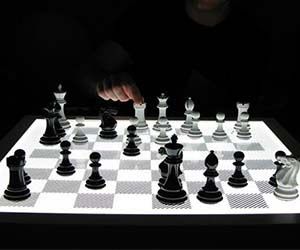 The mode that is on the other side of the spectrum is the rational, thinking mind.  It is an alien application operating in the native "Emotion mind" operating system.  As an alien system, it is the first things jettisoned when the operating system is threatened.

Maria calls her third state of mind "Wise Mind".  That is when the person is fully aware of the tugs and flows between the reptilian mind and the rational mind and deliberately seeks a perfect balance...or at least a balance that can be maintained.

According to Maria, one of the best ways to pull a person stuck in reptilian mind back into "wise mind" is to have them repeat some simple lists.  That forces them to access the logical mind and slows down the crocodile enough so the logical mind can re-boot.

Collecting all of that information, very first thing, is part of the culture of being a cop.  I doubt that it was consciously noticed and deliberately added to the script.  I think it was an evolution based on what worked.

Sometimes police respond to domestic situations when an adolescent is out-of-control.  I think most police do a great job with the script on the parents but do not use it on the teen.  There are probably a couple of reasons....for one thing the teen is a minor.  For another, crocodiles make us nervous and we tend to hope they will calm down on their own.

If Maria Leinart is right, then the fastest way to calm down a dysregulated teen might be to ask them their cell phone number and to list the classes they are taking at school.  "And please spell that."

Posted by Eaton Rapids Joe at 7:30 AM