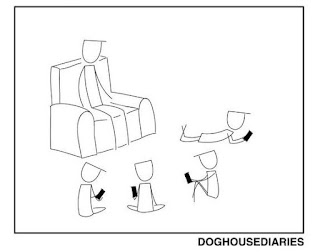 I am mystified when people say "You cannot change the culture." or "You cannot legislate morality."  If anything, history teaches us that culture is extremely malleable.


How many people remember this song about the "Trucker" lifestyle?  That lifestyle died with deregulation.

Sometimes it is driven by technology:

Sometimes it is driven by government actions
Sometimes it is an interplay between the two...the sexual revolution spawned by birth control pills interacting with Johnson's War on Poverty.  Ironically, this did not result in a reduction in out-of-wedlock births, primarily because of perverse incentives.

This blog sometimes talks about leverage points where I believe the culture could be moved.
The inescapable conclusion is that there are multiple, interlocking parts of society who want to keep people helpless and dependent.  They would rather partition off vast swaths of society and treat them as little more than zoo exhibits.   Even the dullest of people can pick up on the attitude.  That is why many parts of our culture act like animals.  How else would they act?

If human lives matter, then we need to stop squandering their human capital while they are alive.

The first argument against


"There is no market for minimally skilled workers"

The traditional answer for this comment is to suggest that the under-employed worker "up-skill".

This ignores the fact that many people simply lack the mental horsepower to up-skill and that even those jobs are currently limited.

The other answer is to lower the cost of living so even marginal work, the kind done buy unskilled workers, is economical for businesses.

A quick example:  The welfare system pegs the bottom end of the housing market.  Vendored payments put a floor on what landlords will charge.  That makes it tough for a young guy, working a part-time job to move out into the economy.  His wallet cannot compete with the Government.

The mom was helped at the expense of the young man.  Much later, she will still have her male children living in her apartment as adults and the state will not be paying her.  But she does not think that far ahead.  Or if she does, she selectively aborts her male children.

Getting the government out of the rent paying business would unlock a big part of the economy.