Adversity does not build character.
Adversity reveals it.


One of the more entertaining aspects of family reunions is to meet the "Significant Others" of the nephews and nieces.

One of my nephews was cause for despair in the family.  He is edgy and very eager to share his opinions. He wastes little time recoding his opinion into something the listener can synch up to.  Rather, the opinions come across as an "in your face" challenges. 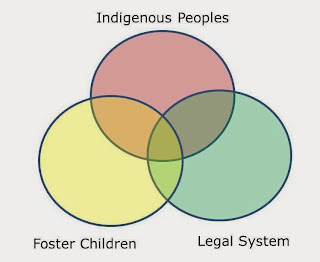 She was telling me that the topic of her Study Abroad thesis was to compare and contrast three different countries (Australia, New Zealand and United States) regarding the dynamics of how the legal system interacts with foster children of Indigenous Peoples.

I asked her, "What motivated you to choose that topic?"

She responded, "I was a foster kid."

Adversity does not build character.


And multiple pulses of adversity amplifies the person's natural inclinations.  We regress to our comfort zone in times of stress.  Each pulse of adversity creates "evidence" that the individual's preferred coping mechanism works.  Multiple reinforcements result in increased intensification.


I think she must to the later.  She is holding down two jobs and is carrying a 3.7/4.0 GPA at Michigan State as a Junior.  Four percent of the kids who "age out" of foster care graduate from college.  And she is going to be part of that four percent.

She can handle him


This gal can handle my nephew and they seem to be a good pair!

Neither has any tolerance for whiners, snivelers, lazy people, bullies or victims.

They both have a CPL and both carry.  Every day.  She believes in simplicity and has a single handgun: a Springfield .40 S&W.  My nephew believes that a gentleman ought to have a handgun for each day-of-the-week.....accessorizing makes the gentleman.

She does not take any crap from him.

He better hang on to this one.