Kathy is the manager of The Movie Market (517-663-1240) at 115 South Main Street in Eaton Rapids.  The Movie Market was started in 1986.  For those readers who do not remember 1986, movies were available on VHS tapes for a purchase price of $40-to-$75 dollars each.  Movie rental enterprises sprang up like mushrooms after a rain to service the entertainment market.  Nearly all of the competition petered away but The Movie Market soldiers on. 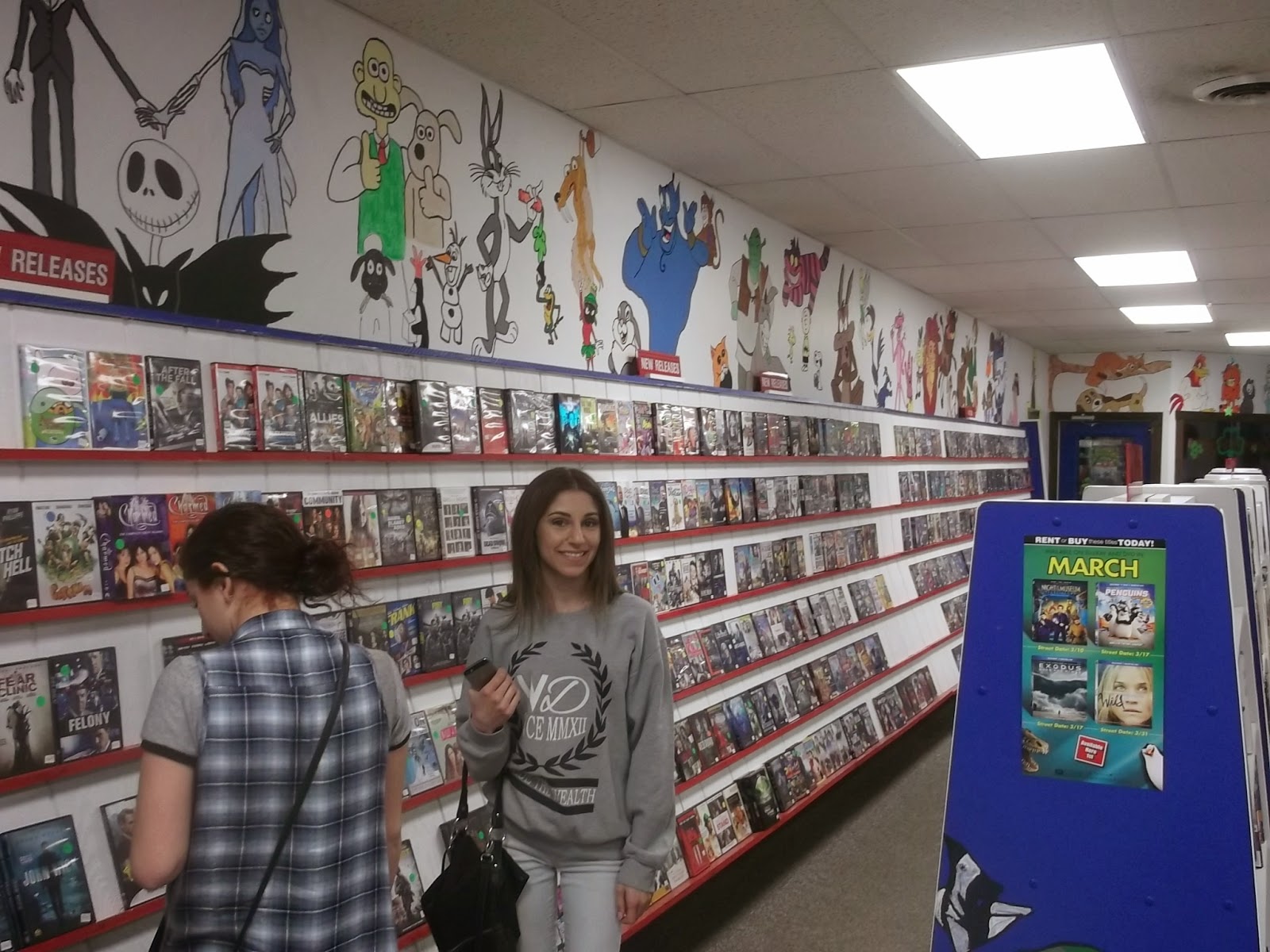 DVDs, the pundits tell us, are a dead technology.  The pundits are wrong.  DVDs and other hardware based storage media still have a massive user base.  And, out here in the sticks, the cloud-based architecture runs into the reality of underinvestment of the high speed internet infrastructure and punitive data overage fees.

The key to thriving in a stagnant-to-slowly declining market is to not make mistakes.


Choose a location with much, organic traffic.  The one-hundred block of South Main Street in any small town qualifies if there is sufficient parking.  Location, location, location.

Watch costs like a hawk.  Don't let the rent creep up.  The Movie Market occupies a building owned by the principal owner of the (very small) franchise so rent is a non-issue.  The tax assessor in Eaton Rapids has a very realistic understanding of what these +100 year old spaces command on the real estate market and, consequently, does not jack up the tax bill.

Understand that you are serving a multitude of markets.  Little niche players go out of business and you will inherit their "market share".  Try to understand and serve those markets. 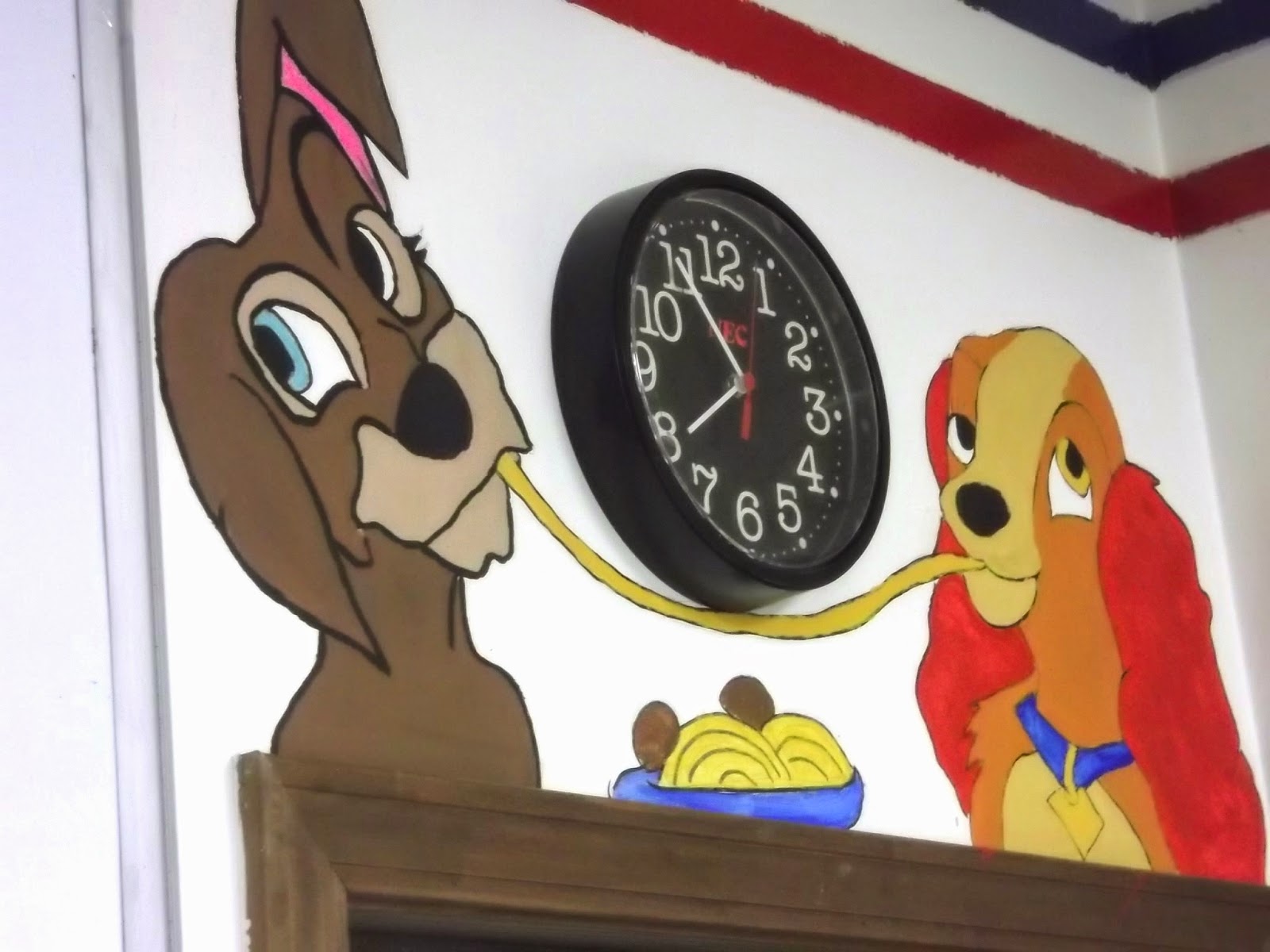 Tap the potential of your employees.  One of the "girls" is a gifted painter and really jazzed up the walls above the stacks.  She had a lot of fun.  The customers love it.

Keep merchandizing.  Kathy has another "girl" is a gifted at merchandizing.  She finds fulfillment in dreaming up themes for "promotions".  A few months ago the theme was "the Oscars".  She arranged all of the movies that had won an Oscar on one shelf and customers could rent them at a reduced rate.  This month the promotional theme is "Horror".


Pulse of the Community


A movie rental emporium is a wonderful place to keep a finger on the pulse of the community and its inhabitants.

Five separate customers walked in while I was having my conversation with Kathy.  She knew every person's name...Emily, Taylor, Nathan, Natalia and Bishop.

One of the the customers had a child who had just been released from the hospital.  A dog had bitten the child on the face.  A three inch flap of skin had been peeled from his forehead and his eye socket had been hammered.  Everything is going to be OK.  The kid will have a Harry Potter scar on his forehead and the swelling around eye is going down.   They just needed a butt-load of movies to keep him distracted while he healed.

Folks get banged up and after visiting the doctor and the drugstore, well, most of us visit The Movie Market.  It is no fun to be sick or stove-up, but at least we can use the time to watch some high quality entertainment.

Another customer had a conversation about how his bee hives were making it through the winter (50% mortality...so far).

A third customer told her that her daughter was in town (from college) and they were going to have a Hunger Games marathon session.


The fourth customer is a daily visitor.  She only rents new releases and eagerly awaits each new movie.  She quizzed Kathy about any possibility of movies beating their expected delivery dates.  She also added her name to the waiting list for a much anticipated movie.


The Movie Market retail space is approximately 25'  by 100'.  This is typical of old, small downtown buildings.  Kathy typically buys 6 copies of each major studio, new release and perhaps 3 copies of "indie" new releases.  She charges $3 a night for the first two months.

At the end of the two months she puts 1/3 of her copies out on the "SALE" rack.  She lowers the rate to $2 for three nights for the next two months.

At the end of the fourth month, she puts 1/2 of the remaining copies on the "SALE" rack.  She restickers the movies to the "Classics" rate of $1 for three days.

Cartoons and TV series are rented for a week at a pop.  Kids are congenitally immune to Barney and Caillou induced vomiting.


Shoplifting is not much of an issue.  The cases are available for the public to look at but the actual DVDs (or game modules) are behind-the-door.  There had been a short-lived spate of theft of some cases that presumably were used to decorate pubescent bedrooms...but that was a short-lived fashion trend.

Many discs become damaged, especially those that go into homes with young children.  The parents come in and apologize.  Sometimes Kathy charges the parents the "depreciated" price on the DVD.  In cases where damaged discs are a frequent issue, she typically charges "new" price.  Her reasoning is that reordering discs starts to become a drag on her time and takes away from more profitable uses.

Another issue is that the parents don't always know that the disks have been damaged and Kathy has to deal with the next customer who is unhappy with a disk that does not play.  So she feels it is necessary to charge "new" prices of the families who frequently return damaged disks.

One quirk of inventory shrinkage is that many items do not get returned at Christmas.   Perhaps financially stressed families (or teenagers) are using the movies and games for stocking stuffers.  Perhaps visitors from out-of-town are taking those items home with them.  It is rarely a case of just one-or-two items....those customers typically rent 5-to-12 items and then never come back.  Who knows what they re doing with them?

Kathy files a police report and a warrant is filed.  The person who rented those items gets a big surprise the next time they get stopped for a traffic violation.


I asked Kathy how The Movie Market reconciled community standards with the need to make money.

She told me that The Movie Market rented out X rated movies at one time.  Several things happened that convinced them to leave that market.

As discussed above, there is a "life-cycle" to movie rentals.  One must consider the entire life-cycle profit potential to decide if a market segment is profitable.  The core part of the life-cycle, the new movie rental was very profitable...there was strong demand.

The problems arose from the need to keep the movies in a separate space (more cost and complexity) and the difficulty in selling down old inventory.  She could not just put them out on the SALE rack.

Another problem occurred when Mommie rented Barnie goes to the Zoo and Daddy rented XXX-citement Uncut and the disks were placed in the wrong cases before being returned.   If the "girls" were not at the top of their game and the disks might be reshelved behind-the-door in the wrong cases.  That could result is some very worldly 4 year olds and some EXTREMELY irate moms.

It was not that hard of a decision.  She could profitably use the floor space for other movies.  And getting rid of the X Rated movies eliminated many other headaches.

It is interesting that under "net neutrality" that business owners will not be allowed to limit access to XXX-citement Uncut and repurpose the freed-up bandwidth to other purposes....not if their movies rental is delivered via the internet.  I think Kathy will be in business as long as parents want to control what their kids are watching.