One of the things about Pocket Change Coin Shop (517-663-7701) that seemed curious was Mr Comer's decision to not pursue internet sales.

Coins seem nearly ideal for internet sales.  They are small and easy to ship.  They are a standardized commodity.  A person operating from a low overhead base should be able to compete with bigger names operating out of more fashionable, higher rent districts.

"The problem with selling coins by internet" Mr Comer told me, "is that many people suffer from buyer's remorse and send them back.  Walking back-and-forth to the post office and boxing up coins that are going to come back does not make me any money."

The quality grading system for coins of numismatic interest is typically split into eight or so "bins".  There is room to quibble about which bin a coin should fall into if it is "close" to the dividing line.  Another facet is that different collectors will "see" various defects with more sensitivity than others.

I am completely making up this example, but one collector might extremely sensitive to the level of fine detail in the striking (i.e., the frosty look in the background of some coins) while a second collector might go nuts over any scratches and a third collector might be all about having a super-crisp date stamp.

As a dealer, Mr Comer might mailed out a coin that is rated "Mint" but the buyer, upon actually holding and playing with the coin went, "Meh!  I don't want this one."

Another thing that can lead to buyers remorse is the breathtaking rise in value when they are appraised as being some form of "mint state". 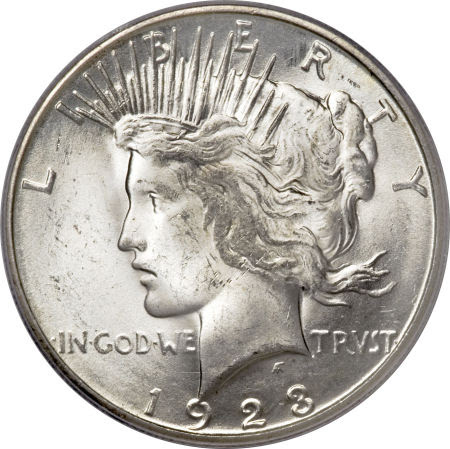 I will use 1923 (the year my maternal grandparents were married) Peace Dollars minted in San Francisco as an illustration:  (Source)

One can see that there are 14,000 good reasons to quibble about the EXACT grade this coin should be.


This is actually my brother's story.  He invested a substantial amount of his discretionary income in coins.  He did this for many years.  He researched and studied and analyzed.  He is an accountant by vocation and a coin collector by avocation.  Counting, categorizing and cataloging are activities that give him peace.  Coin collecting calms him.

He watched the values grow.  After about five years some of his "lots" hit his predetermined target sell price.  He sent them back to the same trading house that he purchased them from and waited for his check.

In most cases, the trading house knocked at least one coin in each lot down a grade.  On paper, he made a pile of money.  In actual fact, he was at the mercy of the market-maker for grading.  After a couple of years he realized that he had been thoroughly used.  The trade rags reported astronomical increases in value that he could not participate in because he was not a market maker.  He was at the mercy of parties grading on minute imperfections...parties that had a conflict-of-interest on both the selling and buying sides of the transaction.

Back to Pocket Change

That is why Mr Comer does not sell coins on the internet.
Posted by Eaton Rapids Joe at 9:11 PM