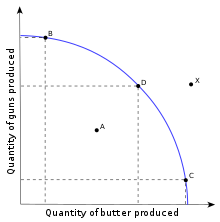 One of the classical concepts in macroeconomics is the Guns-or-Butter curve.

Suppose one has an economy (like Eaton Rapids Township) and it is a time of war.  Only two goods are required to wage this hypothetical war:  Guns and Butter.

Furthermore, let's assume that our politicians are very susceptible to lobbying by the Dairy industry.  The policy makers decide that every resource should be bent toward butter production and none toward guns. 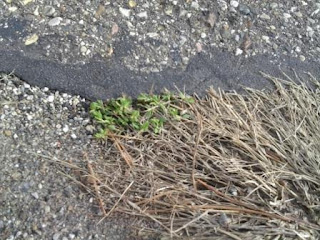 Every resource means that people will be grubbing the weeds out of cracks in the pavement to feed to cattle.   Every person will be employed by the dairy industry.

To simplify this argument, I will focus on labor but the same argument applies to every resource.

Clearly, the hundreds of manhours being used to grub weeds out of cracks and scrape moss off of rocks increases the total milk production by immeasurably small amounts.  They are "marginal inputs" in the sense that diverting those inputs produces the minimum change in the output.  In this case the change in the output is exactly Zero. 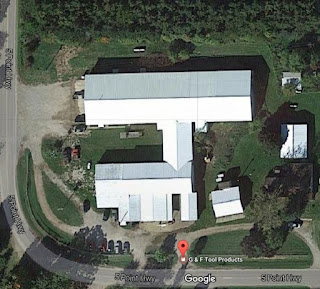 The Gun lobby, seeing the production of guns drop to zero make a contribution to the politician's re-election campaign and points out that the local tool shop can produce 200 guns a day if twenty people are employed.
Twenty people are relieved of moss scraping and put to work in the local tool shop.  The net result is no measurable loss in milk production and 200 guns being produced a day.

Politicians are simple people.  He starts to think, if twenty people can make 200 guns, then I ought to be able to produce 40,000 guns a day if I direct all 4000 souls in Eaton Rapids Township to make guns.

Of course this does not work out.  The 4000 employees probably average 1 gun every two days because they lack the tools, jigs and skills needed to make guns.

The Dairy lobby makes an even larger contribution to the politician.  They pull him aside and tell him that there is this guy named Rob who used to work in the New Zealand dairy industry.  He is currently winding coil springs around a screwdriver and producing a 95% scrap rate.  The Lobby tells the politician, "Rob can milk 135 cows an hour.  At least let us have Rob back."

This deer hunter is much smarter than the typical politician (no, I am not talking about myself).  He realizes that there are many stakeholders who can help him or hinder him in achieving his goals. 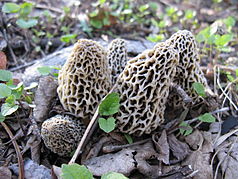 For instance:
He is also aware that we change as we age.  The things we were most passionate about as 20 year olds are often on the back-burner when we are in middle age.  For example, as a 20 year old our hero did not bow hunt.  His optimum shots were 40-to-70 yards with the shotgun technology of the day.  Now he hunts with a bow more than he hunts with a gun.  That means his "Landscaping" will ideally produce many 20-to-30 yard shot opportunities during bow season.

This habitat work is like piloting the Queen Mary.  You cannot turn it on a dime.  You have to think 5, 10, 50 years ahead.  It takes little time to cut a tree down.  It can take decades to replace it.

This post is not intended to address technical issues like "How does one integrate optimizating the management of property to produce monster bucks AND increase the number of warbler species that stop during migration?" or "How does one create habitat that generates 25 yard shots early in the season and 70 yard shots later in the season?"

Nope, this post is intended to slow folks down.  I suggest that they mentally list all of the stakeholders and to become familiar with their desires.  Then, when confronted with a choice between this-species-or-that, or dimensions and scales and things of that nature....the needs of all the probable stakeholders can be integrated into the execution.  That way everybody can get more of what they want.  Everything works better when folks are all pulling in the same direction.