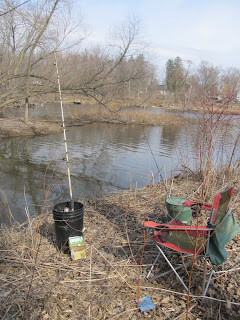 I did not catch anything.


The first fourteen seconds are dead time. You might want to turn down the sound.

The video shown above shows how densely packed the suckers can become. This was filmed on Michigan's Grand River, probably at a dam spillway. Each fish is in the 3-5 pound range. That is a lot of protein.

Folks joke that you can catch them in your backyard with a scoop shovel if you leave the hose running anytime in April.

I am new to sucker fishing. Some videos show snow on the ground. Some chat boards talk about catching them near the middle of May.

One of the factors that causes the dispersion is that different species of suckers have peak spawn at different water temperatures.

Ultimately I want to can some suckers. 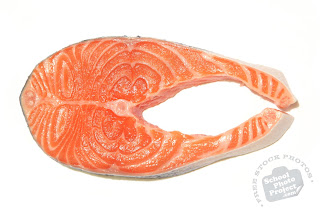 The picture in my head is to cut them into steaks or darnes. I want to pack them into pint jars, cover with Bloody Mary mix (sans vodka), add 2 grams of Prague #1 Pink salt and pressure can.

The pink salt will be added because Botulism freaks me out and the USDA ruled that up to 500ppm of Sodium Nitrite is allowable in cured fish. 2 grams of Prague/450 grams of contents should give me about 300ppm if my calculations are correct. Prague #1 is 6.25% Sodium Nitrite.

But first I have to catch some suckers.
Posted by Eaton Rapids Joe at 7:57 AM