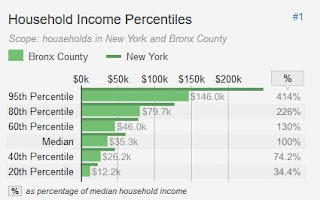 Alexandria Ocasio-Cortez and her live-in boyfriend pledged to give away all of their income in excess of what the 20th percentile household in the district she represents earns.

"It is the least we can do as Socialists." she is quoted as saying. "Solidarity means we are comrades and work collectively, sharing each according to our needs and producing to our ability."

"Some of my colleagues tried to talk me out of donating my salary. They said that Washington DC is a very expensive place to live. I told them, 'New York is even more expensive. Not donating my salary would be a slap in the face to all the hardworking people in the Bronx.' " Ocasio-Cortez is reported to have said.

As a U.S. Representative, Representative Ocasio-Cortez is paid a $177,000 dollar annual salary. She intends to donate the extra $165,000 dollars a year to a soup kitchen and a substance abuse clinic.

Riley Roberts, her boyfriend, intends to donate his entire $120,000 a year income to a non-profit that teaches disadvantaged youth and unemployed journalists how to code.