Installment 5.1: The top edge of the shield

Chad was bone tired and sore.  This team had been called back to SD-LA for what looked to be the final defense against the Cali invasion.

He left six team members behind as reconnaissance.  Their job was to monitor any logistical support that was heading south and to alert the next team.  The rest of the team and all of the mortars, ammunition and support had been piled into stake-rack trucks and hauled ass down back-roads to get to the SD-LA perimeter before the Cali forces. 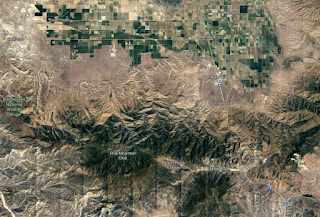 And then, without warning, the four battle groups that were still in transit sprinted to the rally point east of Mettler at thirty-five miles per hour.

Chad looked over at Kenny who looked like dog vomit.  Chad figured that he did not look much better.

Kenny nodded in agreement.  “Man, I am going to be sore for a week.”  Nearly four hundred miles of cratered backroads taken at maximum speed, sitting over high pressure dual-tires had knocked the stuffing out of everybody. It was not just sore muscles.  It was strained muscles and deep bruises.

The teams dismounted and prepared to be briefed.

The large man who was briefing them looked like a Samoan or Hawaiian.  Nobody caught his name but they locked onto his message.

“Your team was picked for this position because you have the most first-hand experience at contacting Cali forces with mortars.  I have some good news, I have some great news and I have some bad news.”  Pitoitua said.

“The good news is that we think we found a way to countermeasure the drones.  The great news is that you will be fighting from prepared positions with three sides and part of the roof sandbagged." Pitoitua said.  "The bad news is that the ammo you will be using is not stealth and is a pain-in-the-ass to handle.” 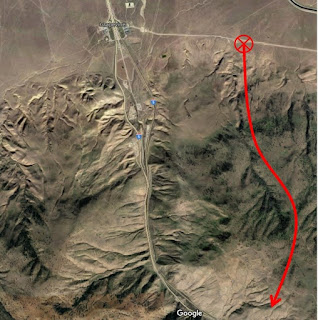 “Our intelligence is that the Cali forces will sally forth at first light.  We expect them to launch drones approximately 1.5 miles east of the town of Grapevine.  There is a good access road and some land formations that will create thermals that they will need if they are to move their drones with speed.”

“Your primary mission is to hammer the drones with EMP shells fired from your mortars.  We think that the drones will be very tightly packed when first launched and the ridge east of I-5 will be a target rich environment.  You will be given more detailed targeting information later in the briefing, but for now all you need to know is that the shells detonate as they tip through 45 degrees on their downward path and that the weapon’s EMP pulse is a broad cone forward of the detonation

Pitoitua did not bother to tell them that there was an adjustment screw that could be used to modify the 45 degree arming angle.  Simple is good.

“Your secondary mission is to hammer any vehicles that look like they have long range radio communication capability with EMP weapons.  If you run out of drones to kill you are to target vehicles on I-5.”  Pitoitua said.  The techies will brief you on the handling of the EMP mortar rounds.

“Tertiary missions will be shared with leadership” the man said while nodding toward Kenny and Chad “so you can stay focused on the primary missions.”

After the briefing the large man, took Ken and Chad aside.  “You guys need to spread out because we had defense-in-depth and we need advance information about how the enemy is deployed.  So I expect you guys to be glassing the camp as they assemble to give us the maximum amount of lead time.”

“The other thing is your tertiary mission.  If the opportunity presents itself I want you to take teams down and reconnoiter their camps.  We have crews non-combatants staged off the main route who will come in and salvage materials if you determine the camp is secure and there are materials worth salvaging.”

Chad knew that none of the mortar crews were likely to survive the engagement.  He had seen the 122mm Godzillas in action.

And with that Pitoitua left them.

“Whaddya think?” Chad asked as they both studied the topo map of the area.

Chad beckoned his crews over to the table.  “You guys might as well learn how to do this.” he said.

“I don’t see any way to support all three missions with just two observation posts.” Kenny said.  His grammar tended to improve when he was tired.  He was WAY smarter than he let on.

“Four.  Definitely four.  No telling if we will lose one or two of them to counter-battery fire.” Kenny said.

Pointing at the map Kenny said “I think we need one here, and here, here and maybe here.” pointing at a ridge west of I-5, two positions east of I-5 and one well south of the mortar positions.

“What is your thinking?” Chad asked.

“Each crew will have their own spotter but according to the briefing these EMP weapons are short range and we don’t have the ground as a reference.  Besides, the typical position of the spotters just won’t get a good look at them in 3-D.  The other part of my thinking is that the spotters will not be able to see the secondary mission from their positions.  We don’t want to move them up closer because Cali artillery is going to pound the snot out of that ridge.  Spotters are easier to kill than an entire mortar crew that had time to dig in.” Kenny continued.

“OK, I need some volunteers to be our eyes and ears.  Two people per observation team.  Who wants the northwest post…it will be the hardest to get to and I need people who are not afraid of snakes and the dark.” Chad asked.

“OK, Dulce and Freddie, you have the northwest post.  Remember to drop a re-transmitter because we won’t have you in direct line-of-sight.  Grab your gear and enough food and water for the next 36 hours.”

“Walt and Billy.  Ok, tell me why you think you are good at estimating distance and elevation?” Chad challenged them.

Walt replied, “Before Cal Exit me and my dad did a lot of goose hunting.  It is all about estimating how high up they are while you can see them through the sides of the blind.  You don’t jump up and shoot if you know they are too high.  It is a skill I had a lot of practice with, back in the day.”

“OK, Walt and Billy get the southwest post.  Same deal as for Dulce and Freddie.  Get over there while it is still dark.  We will not be able to relieve you for at least 36 hours so get comfortable.” Chad said.

”The other thing is that we will not be able to replace you if you get picked off, so be stealthy.  After all, if you can look straight north up I-5 for miles then everybody driving south on I-5 will be looking right at you.” Chad added.

Walt turned to Billy and said, “Yup.  Exactly like goose hunting.  Don’t want the geese to bust ya.”