Recent news reports tell us that the Tesla Model 3 performed abysmally in braking and sub-sub-par for handling.

Specifically, the test results were very much "an anomaly".  The first full-power braking test was within the cloud of data of competing vehicles.  The next twenty tests were way out in the weeds.

Elon Musk distracted critics by pointing out that Tesla has the "...ability to deploy software updates to its vehicles over the air."

Let's look at Mr Musk's statement for a second.

Your Tesla vehicle can be hacked.  Suppose an engineer had the foresight to leave a back-door.  Further, suppose Mr Musk made a marketing decision to go to market before the engineer signed off that the system was ready.  Do you suppose that could have happened? 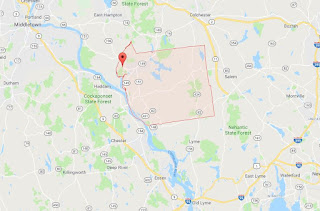 Now suppose the engineer, who may no longer even be employed by the company decided to "...deploy software updates...".  I will make the assumption that the engineer is conscientious and simply wants to make a point without needlessly endangering innocent people.  He/she might sneak a wee bit of code into the black box.

Viola!!!  The Tesla Model 3 would shit-the-bed for the Consumers Reports testing without endangering anybodies' lives.

THAT IS THE BEST CASE SCENARIO

And even if that is what happened, a disgruntled employee, consider the fact that a malicious person could "...deploy software updates..." to screw with anybody's or everybody's vehicle.

The malevolent code could be slaved to a particular cell phone or WIFI device.  The vehicles would lurk until the target carrying that device entered the vehicle.  As soon as it shook hands with the vehicle's computer the vehicle would launch into max acceleration and cancel all braking.  Heck, it is software.  A programmer could make it do anything.