My sister went to a Concealed Carry class and reported that over a third of the class were women and the majority of them brought weapons chambered for the lowly .22LR.

"Experts" will give you a half dozen reasons why the .22LR is not a good choice for defensive carry.  Readers would do well to remember that experts gave us the Edsel and Obamacare. 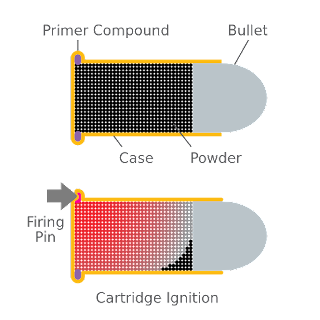 Much of the angst revolves around the rimfire ignition of the .22LR round.  Commodity priced rimfire ammo will have more misfires than low priced centerfire ammo simply because it is technically more challenging to get an even ring of priming compound into the narrow groove that forms the cartridge rim.

The second beef with rimfires involves the fact that very few rimfire firearms support the practice of "dry firing."  Dry firing is one of the fastest ways to become familiar with your handgun.  It is quiet.  It is safe.  It is cheap.

So...If I were Glock or S&W or Ruger or SIG or H&K, I would fiddle with the firing pin design to make MY offering in the marketplace THE go-to .22LR for defensive work. 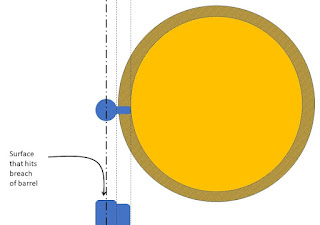 Shouldered or key-hole shaped firing pins also would also go a long way towards solving the issue of light-strikes for the weapons designer.  The designer cannot use a hard material for the rimfire firing pin least it split, shatter or chip.  The designer is then constrained to use a softer spring to prevent premature mushrooming of the firing pin.  Softer springs means less energy to overcome friction and light off the priming compound.

The second issue, unreliable ignition, can be partially addressed by having double firing pins.  This solution is highly effective when voids in the primer are local.  It is not effective when the voids are large, continuous or completely missing.

Summary
The tide is changing.  More women are seeing firearms as an empowerment issue.  They are voting with their wallets.  They are choosing .22LR handguns in large numbers.  The firm that can offer the first concealable handgun that provides "Toyota Camry" reliability while running commodity-quality .22LR ammo stands to make a pile of money.


***Added later***
An email came in asking how one might fabricate a keystone shaped firing pin.  They could not imagine a production process (Lathe??) as it was not round.

My guess is that powdered metal technology would be the most economical method.

My first "guess" would be 0.35%-to-0.50% carbon, 30Rc-to-35Rc and a couple of percent voids so it could be impregnated with lube and corrosion inhibitor.  But that is just a guess.  Actual testing or vendor recommendations might change the final specifications by a bunch.
Posted by Eaton Rapids Joe at 11:21 AM