Muffin, I am glad you brought that up...

Murphy's Law comments about a NIMBY named Muffin who complained about the noise pollution of F-15, F-16 and F-18 flying over New Orleans.

"Muffin now demands to know how much it costs to fly these planes over the city. Specifically, she wants to know how much gas they burn per hour, because that's the only real cost associated with flying a jet fighter. I helpfully tried to point out that fuel costs were minimal compared to the other costs associated with aircraft operation, and try to form, Muffin posted back: "I'm not an idiot. I know that they have to be worked on. I just want to know about the fuel costs, because people in this gas and oil crazy state will understand when I point out how much gas and oil they waste flying around like this every day!"

I am glad Muffin brought up the issue of gas and oil.

Many experts assume that the Acela corridor from NYC to Washington DC would be every terrorist-nation's prime target for and EMP weapon.

Some experts believe that the College Station-Houston-NOLA-Hattiesburg arc would be even more attractive to certain rogue nations...like North Korea...than NYC-Washington-Pittsburgh.  If not number one it has to be a close number two. 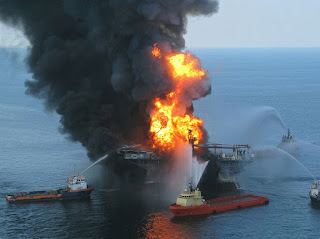 International sanctions are crushing North Korea and a huge part of that burden is the cessation of oil imports.  An massive Electro-Magnetic Pulse has the potential to take 50% of the US refining capacity off-line.  The resulting fires and equipment damage might take a decade to repair.  The risk to refinery workers is enormous.  Imagine the gentleman in the video times twenty-thousand. It would make Deepwater Horizon look like a four year old's birthday cake. 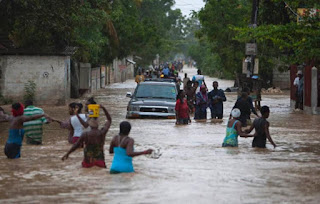 Realistically, would your life change more tomorrow if the electricity went out or if the IRS stopped collecting taxes?  Think about it, Muffin.  No oil/natural gas means no electricity for much of America; no air conditioning, no pumps to move oil or natural gas through pipelines, no potable water, no waste water treatment, no fast transportation, no lights in the hospital after the emergency generators run out of fuel, no birth-control pills being delivered to the drug store, no refrigeration for beer, beef or insulin. 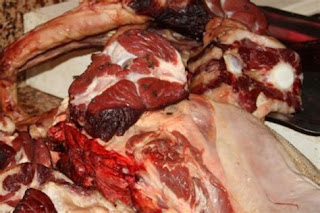 The Gulf Coast turns much of that oil into petrochemicals like ag chemicals (food), fibers (clothing) and  chemical feedstocks (tires, ibuprofen, artificial sweeteners).

The two are intimately connected.
Posted by Eaton Rapids Joe at 9:16 PM