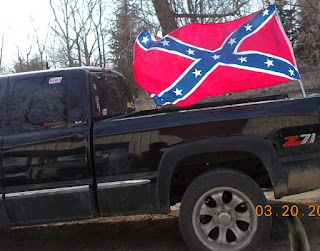 I predict that young African-American men will appropriate the Battle Flag of the Army of Northern  Virginia (sometimes called the Confederate Flag) within the next twenty years.

Like all complex social issues, the BFANV can mean many different things depending on the focal plane one chooses.

As flown by rural, young white men it is an emblem of anti-authority.  It is a way of announcing FYATHYRIO, an acronym that has something to do with a horse and a rider.

The BFANV is a repudiation of those who presume to be our betters.  Perhaps young men are outgunned when it comes to expressing their feelings, but they are loath, as a species, to be represented by washed-up politicians milking the last juice out of their legacies or to let mealy-mouthed hustlers wearing $1500 suits speak for them.

Young men may not be articulate but they are authentic and energized. 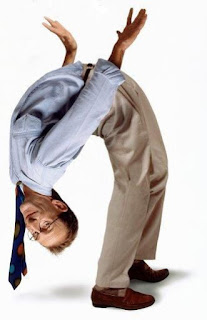 Nothing is better for sticking a thumb in the eye of the controllers than the BFANV.  Their reaction is Pavlovian.  Their conditioning is so thorough that they are not capable of ignoring the flag.

It is entertaining to imagine a conversation between a school administrator and a young black man flying a BFANV.

Remember that we are now in the age of subjectivity.  An object or symbol means whatever the most "oppressed" group says it means.

One very legitimate and historically defensible  "focal plane" for the BFANV is that it is a symbol of self-determination.  It is a refusal to accept economic repression at the hands of those who would exploit the flier of the BFANV.  It is a bold proclamation that the flier refuses to stand passively while he gets screwed.

I cannot think of a better standard for young men who are minorities.

That, and it looks damned good flying behind a black truck.
Posted by Eaton Rapids Joe at 8:36 AM