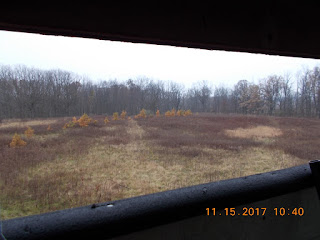 Twenty years seems significant because, at fifty-eight years of age, I have a good chance of being hale-and-hardy for another 20 years.  After that all bets are off.  That is what I deduce when I look around at the guys I drink coffee with.  The horizons start closing in at age eighty.  At seventy-eight they are moving refrigerators by brute strength and cutting firewood.  At eighty-two they start hiring kids for the heavy work and are heating with LP gas.

It occurred to me that I really don't have any plans for what happens after Kubota leaves the nest.

He is perched on the cusp of the nest and flapping his wings...and I have nothing.

Being lazy, I asked some people who are wiser than me for guidance.  Some are wiser by virtue of life experiences.  Others are simply wiser.

One wise person said that they had a twenty year plan but some recent health issues made them do some re-thinking.  He was diagnosed with cancer in March and has been staring death eyeball-to-eyeball since then.There are no guarantees that we will have a tomorrow.

Another wise person said that having the last kid leave the house was a little bit like having a spouse die.  Everybody suggests that it is a good idea to do NOTHING for the first year after a spouse dies because one's emotions are cavitating.  They suggested that I was being too hard on myself.  They suggested that I just get used to the idea of our "family" being just Mrs ERJ and me.  Six months seemed like a reasonable amount of time to them.  Then think about a twenty year plan.

Another concern involves boomerang children.  We do have a plan for that.  A trailer behind the barn and a separate electric meter.

Still, it is a bit sobering to think that I might not be around to see the hickory nuts I am planting this year bear nuts.  It does not mean that I am going to stop planting them.  But it does mean that I will be thinking about how they might go "open loop" and still thrive.  Or perhaps I spend more time and effort helping the next couple of generations.