This is a very old argument.  Or, in my opinion, non-argument.

Technology does not compete with skill.  Technology multiplies skill.  Anything times zero is still zero.

Suppose two forces were to enter approximately forty acres of urban territory.  Neither force had ever set foot on the parcel. 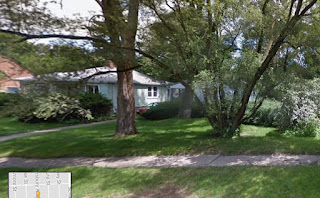 Both forces have identical missions, to eradicate every member of the other team either by killing them or forcing outside the perimeter.  Both forces enter the parcel at exactly midnight, December 5, 2017 from opposite corners.  In case the math is too hard, they both have thirty days to prepare.

For the sake of simplicity, let's say the parcel has been completely abandoned by the residents.

Team T: "T" for Technology
Sixteen stone-cold killers culled from prisons across America.  They are between 17-and-27 years of age. 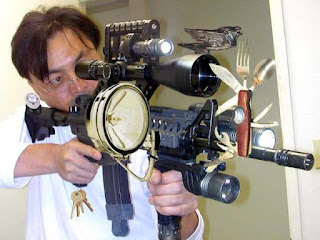 They are given fully automatic AK-47s with thirty round magazines.  They are allowed to carry as many magazines as they want.  They are also given $1000 each to pimp-out their weapon.

Team S: "S" for Skills
Eight soldiers or marines who recently fought together as a team.

They are given NEF Handi-Rifles in .357 Magnum and, as a nod to their training, the sights are switched to rear aperture and hooded, front post sights.  These are "iron" sights with no magnification. 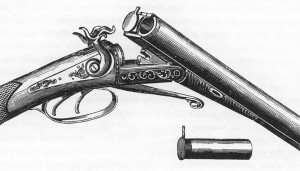 Incidentally, the Handi-Rifle is a single shot firearm that uses a basic design that was first put into production in 1837. I chose the .357 Magnum because it is not significantly more powerful than the ammo used in the Civil War in 1863.

The math
Team T's raw capability is 30*16*14...Thirty round magazines times sixteen sets of boots on the ground times 14X magnification of the scopes some of them bought.  That gives them a score of about 6700.

Team S's raw capability is 1*8*1...One round in the gun times eight sets of boots on the ground times no magnification.  That gives Team S a score of 8.

Our experience tells us 30:1 in favor of Team S.

The difference?  Team S has skills and will make effective use of their month to train, prepare and plan.

Knowledge and technology are nouns.  "Skills" are implied verbs.  Skills are developed through repetition.

One scenario of how it might play out
Posted by Eaton Rapids Joe at 8:04 AM