The Union Army as a cultural melting pot

Some historians claim that the American Civil War (1861-1865) was a struggle between the rising industrial North, primarily the industry in the Connecticut River valley, and the rural, agricultural South.

The industrial economy in the North was teetering on the brink of exponential growth, according to these historians.  Further, the North was able to economically strangle the South by legislative legerdemain.  According to this narrative, the North enacted many, protective tariffs which made British goods more expensive and essentially financed the capital expansion of Northern industry at the expense of the Southern economy.

I propose a slightly different perspective of the Civil War's influence on the industrialization of the North.

The Union Army as a cultural melting pot
Let's take a quick look at Michigan's contribution to the Union Army. 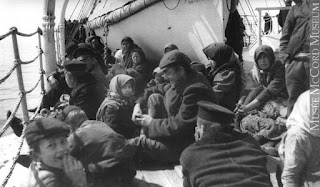 Where did the other 68,000 soldiers come from?  20% of Michigan's population in 1860 were immigrants from other countries, primarily Ireland.  It is reasonable to assume that they enlisted at the same rates as natives so they probably accounted for an additional 20,000 soldiers. 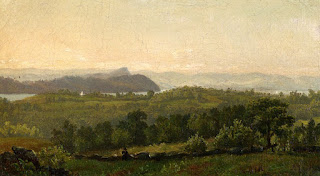 The companies that Michigan sent to the Civil War were extremely heterogeneous.

I propose that the discipline of Army life baselined a generation of young men and prepared them for their future roles in the upcoming Industrial Revolution.

The Union Army was a hierarchy magnitudes larger than any other ever seen in the United States.  As a hierarchy it conditioned those in the army to accept fragmented tasks, unquestioning acceptance of authority and become comfortable with extreme specialization. 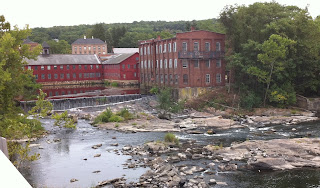 Irish, German, French-Canadian, Michigan and New York boys enlisted into Michigan companies.  Men, US citizens, inured to stupidity mustered out.  This is the fodder that caused the industrial revolution to explode across the north...including Michigan; the human capital spawned by the US Civil War.

Why not the south?
It is fair to challenge the perspective because the soldiers of the South faced many of the same environmental factors that the Union soldiers faced, and yet the Industrial Revolution pass the South by for half a century.

Part of the reason is due to the devastation the Northern armies and subsequent occupation had on Southern industrial centers and rail transportation.

Another reason is that the North was more favored with the proximal location of basic resources like iron ore, coal and limestone.


A softer reason is that Southern military groups were more autonomous.  They were the consummate welterweight boxer darting in-and-out peppering the heavyweight with flurries of jabs.


The Northern military was the bear seeking to trap the welterweight in the corner where it could immobilize his opponent and pummel him into submission.  The Union army was a meat grinder and brooked little autonomy in its commanders or soldiers.

It is too cynical to think that the Civil War was initiated to homogenize the population and optimize it for the Industrial Revolution.  People are just not that smart.  But it is not too cynical to think that diplomatic solutions would have hammered out if the participants suspected that the soldiers who would muster out afterward would have poisoned the Industrial Revolution.

It is risky to attempt to describe the "perfect citizen" of 2035 and even more risky to propose homogenizing events that would foster that kind of citizen.  Fun to think about, but risky.
Posted by Eaton Rapids Joe at 7:01 PM