Quarterstaffs are interesting "accessory" for hikers and Gandalf wannabes. 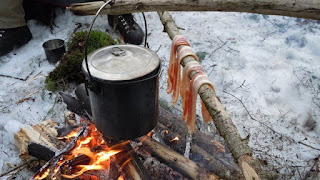 They are useful for supporting old knees on downward slopes, holding billycans over the fire and for knocking fruit out of trees. 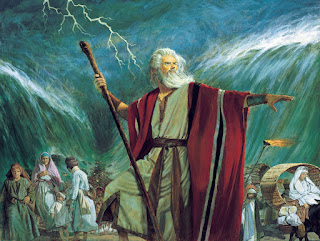 A quarterstaff is nothing more than a big stick.  Big sticks have been used for tools since before we were humans.  Because sticks are ubiquitous people find it difficult to envision them as a serious tool for defense.  Perhaps it is because "staffs" are associated with shepherds and Old Testament prophets.

Quarterstaff fighting was an integral part of Scouting until the 1920s.  Knowing how to parry and thrust with a quarterstaff is no different than the parry and thrust of a rifle and bayonet.  One wonders how many British soldiers survived WWI based on the muscle memory developed as teens.

Quarterstaff training was probably dropped from Scouting because even a weedy youth can turn an opponent's brains to scrambled eggs with a quarterstaff.  Just by way of reference, we had a local bulldozer operator killed clearing a fence line when a branch not much larger than a "quarterstaff" was not fully trapped by the top of the dozer blade.  The bowed branch popped over the blade and struck the operator in the face and that was the end of him.


The presenter talks about optimum size for quarterstaffs at the 1:50 mark  and basic "starter" techniques at the 7:50 mark.

The bottom line is that a staff about a head taller than the user is optimal for a beginning quarterstaff user.  A diameter between 1.2" and 1.7" is good and will vary based on the size of the user's hands.  Hardwoods suitable for tool handles (Hickory, Ash, Oak, Maple) are best because of their shock resistance and mass density but don't let the need for perfection stop you from using a Willow switch or a staff whittled from a Longleaf Pine plank if that is all you have available.

This video shows more advanced techniques often used for duels where your opponent is armed in a similar way.  Let me remind the reader, a duel with an equal opponents shows a serious lack of planning on your part.

My first impression is that the "kayak paddle" techniques shown in the first video will be more useful to the average urban hiker.  The fully extended, "dueling" techniques require a large footprint of clear area and is more vulnerable to multiple opponents.  You don't think that mugger is alone, do you?

The kayak paddle methods have the advantage of defending more degrees of arc at the expense of reach.  One can thrust to the fore and take out the guy sneaking up behind you when you return from your thrust.  The dueler with the fully extended, long staff has much more difficulty responding to that challenge.