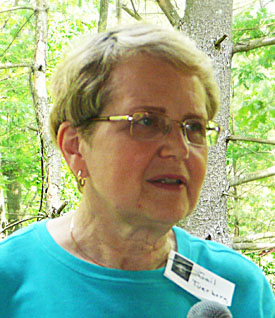 Don't read it if you value a "happy face" over flinty reality.  Political Correctness is the dogma of Secular Humanism and the author, Gail Tverberg pokes a few holes into it.

Myth Four: Wind and solar can save us.
Author's response:  The numbers don't pencil out.  Nomadic hunter/gatherers needed 100 "Watts" in the form of food and another 200 "Watts" of firewood and of energy embodied in their artifacts per capita.  Pre-industrial agriculture required 2000 "Watts" but much of that was invested in traction animals.

Even if we could get all 7.5 billion humans to coast along at 300 Watts, the perfect allocation of all of the earth's solar and wind power would only provide about 10% of the supplemental energy needed over-and-above food.

Suppose we created some kind of "fusion" agriculture using herbicides instead of traction animals and were able to survive on 1000 Watts per capita?  In that case all of the installed wind and solar power would only provide 2% of the required supplemental energy humans need to survive.

Even if we could scale up 50 times the current installation base, there are still major issues of intermittency and distribution.

Myth Six:  Peer reviewed articles give correct findings.
Author's response:  The splintering of knowledge causes "findings" to be untethered to the macro context.  Political considerations lead to omissions or overly generous "findings" so papers will be accepted and published.

Myth Eight:  We don't need religion.  Our human leaders are all knowing and all powerful.
Author's response:  As a society we need an over-arching structure to bring us into alignment and coherence.  Think of the drum beat in a Sousa march.  Human leaders are a very slender reed upon which to thrust this task.