I had a tracking job last night.  No, it is not what you think.

Much of the property in my neighborhood is owned by two separate gentlemen.  One of these gentlemen started out selling cars for a living...and he was very, very good at it.  The other gentleman started out as a plumber.  Both gentlemen now have a variety of business enterprises and business associates.

One of the ways they "recognize" associates who have been dependable is that give them permission to hunt their various properties.  That permission means more than money to some people.

Over the years we have become accustomed to seeing a motley collection of vehicles at the access drives to the farm fields around here.  The specific vehicles change but they all look the same....mostly high mileage pickup trucks with scuffed up beds and a smattering of Jeeps.  They mind their business and we mind ours.


Last night at 8:30 PM Kubota told me that one of the vehicles was parked about 3/4 miles east of our house.  The temperature was 16 degrees Fahrenheit and there was a steady 12 mph wind out of the southwest.  The windchill was somewhere between 0 F and 5 F (-18 C) Sunset is about 5:50 and it is unusual for anybody to stay in the woods past 6:30 unless they are tracking a deer.

I decided I better go check things out.  A few years ago one of the guest hunters had fallen out of a tree stand while bowhunting.  He was badly stove-up and laid on the ground until is wife came looking for him.  Fortunately for him, the weather was in the fifties.

If a fellow has not thought things through, he might find himself on the ground with a broken arm and no way to tunnel through the three layers of clothing to get at his cell phone.  Or, sometimes, a hunter will have a heart attack.  Stuff happens. 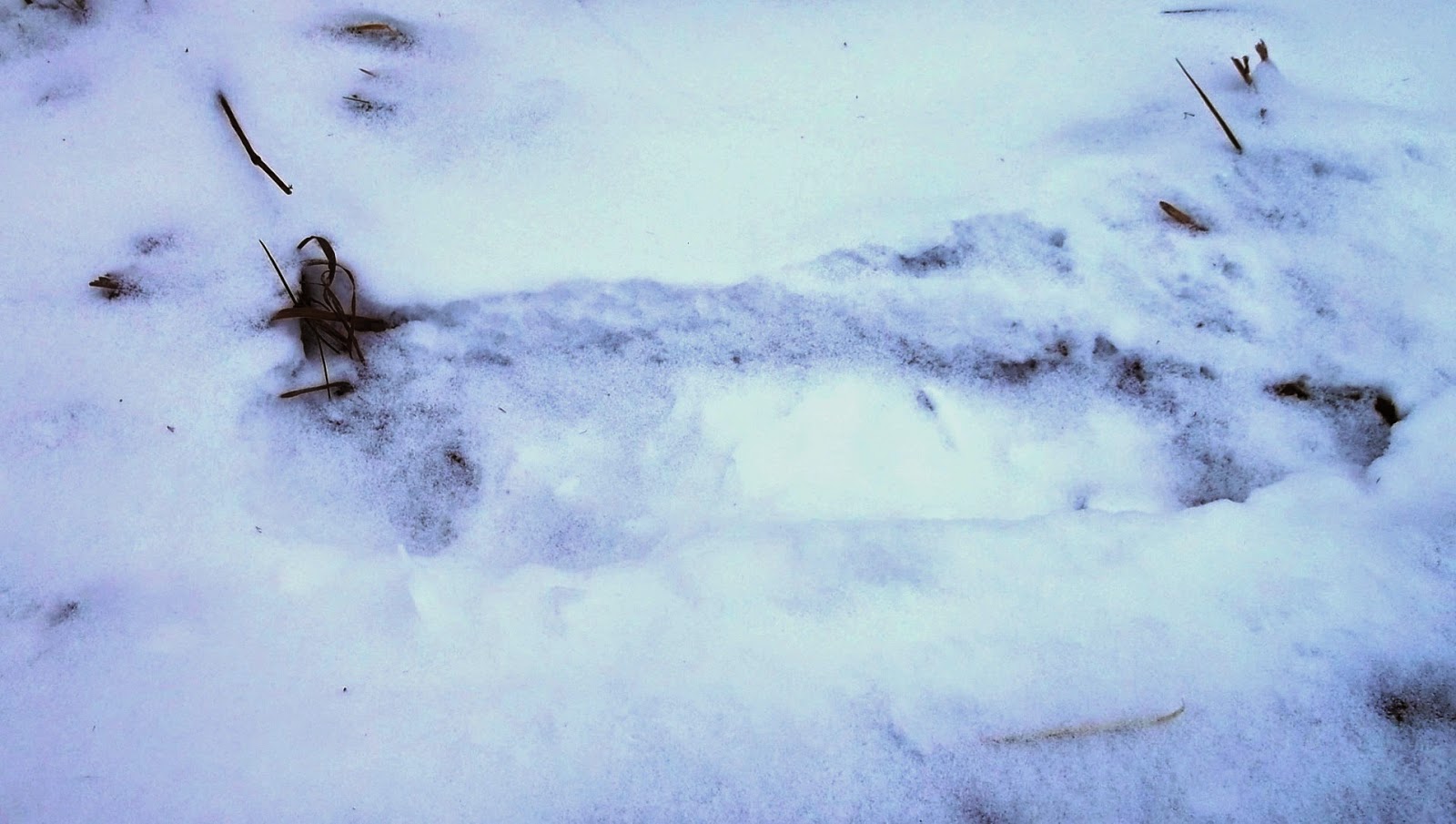 Batteries do not like cold weather.  Not knowing how long I was going to be out, I had taken the precaution of loading 4, fresh AA batteries into my flashlight.

It was not a difficult tracking job.  We had about an inch and a half of snow (40mm) and he walked along the east side of a block of standing corn.  In fact, it was about like tracking a dog that had run across a newly poured pavement.  The best contrast occurred when I held the flashlight at waist level and pointed the beam 20-to-30 yards ahead.

I walked off to the side and was able to track him with no trouble at all.  I paused several times and slowly scanned the horizon and tree tops with my flashlight.  I did not want this guy popping me if he was "shining" deer.

I appreciated the brightness and focused beam of my flashlight.


I met the hunter about 250 yards in from the road as he was walking out.  Some deer had bedded down right in front of him at deer-thirty.  He did not want them to "bust him" so he figured he would try to out-wait them.  They stood up and moved away as I started crunching my way across the field.

He was about thirty and fully understood why I was checking him out.  He was not mad.  In fact, he appreciated that I had "pushed" the deer.  He was getting a wee bit chilled.


I sleep well at night.

This episode had a happy ending.  But that is not something I could have known when Kubota shared his observation with me.

I could pontificate about how mutual aid makes for resilient neighborhoods.  I could be smarmy and self-congratulatory about being my brother's keeper.  But that is not what motivated me.

The reason I did it was because I value my sleep.

Posted by Eaton Rapids Joe at 9:49 AM