One of my retirement projects is to camouflage a firearm.

A firearm from Moose Creek (part of Dicker and Deal Pawn shop in Lansing) volunteered.  She was as lithe and as athletic as a 17 year old women pole vaulter, and my first impression was that she would be just as off-limits and unapproachable.  Pole vaulters are not just a different species, they are a different phylum.  As different from clod kickers as falcons are from toads. 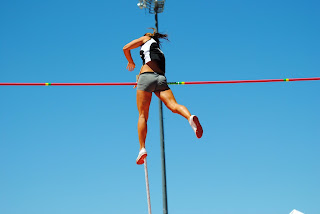 Her elusiveness was more illusion than fact.  She will not be the last New York model that fell for a boy with a farmer's tan and a little bit of folding money.  She jumped up and shouted, "Take me! Take me!"  $179.99 later she was mine to debauch.

Ask any redneck the hardest thing to see out in the woods.  You are likely to hear,


So that is the general look we will try to capture.

Surfaces to be painted were first cleaned with window cleaner using new coffee filters as the cleaning pads.  Coffee filters have exceptional wet strength.  Nitrile gloves were worn from for all steps after masking.

The shotgun now looks like this.  As always, the picture can be expanded by clicking on it.  Due to the high humidity, it must dry for at least 24 hours before we go to the next step.

You may not recognize this color, but look between the scales on the base color of the two snakes.

One of the serendipitous things about redneck camouflage is that perfection is undesirable.  Perfection suggests man-made...which defeats the purpose.

To be continued tomorrow.
Posted by Eaton Rapids Joe at 3:02 PM