I hate the word "Narrative".

Sane people live in the world of "is" and objective, observable fact.


People who are un-tethered from sanity live in a world of "should", a world where my narrative (my set of lies) is as more valid than any other story.

Somewhere we lost the sense that reality exists.  We became a nation of victims living in an existential, metaphysical world. 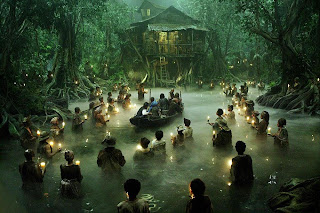 There was a time when the news media made an effort to discern news rather than story.  They attempted to ferret out facts to the extent they were able. 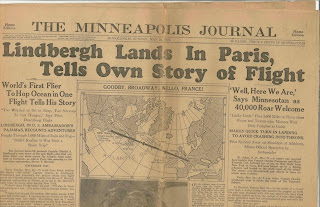 Now, the media parrots "narratives".  Most of the blog-o-sphere churns along in separate swill buckets of opinion.  Fact was discarded because it cannot accommodate "my narrative", it cannot accomodate anybody's narrative.

There is a mental health therapy with the unfortunate name of Dialectic Behavioral Therapy.  It is unfortunately named because it sounds as if it were a tribute to Lenin, Marx and Hegel.  In fact, it was cooked up by a woman named Marsha Linehan to treat people with Borderline Personality Disorder.

Contrary to what you might assume from the name of the disorder, people with Borderline Personality Disorder are not "just a little bit disordered".  Rather, they live in a construct-universe where they are the hub of a ring of people conspiring to victimize them and their only defense is to use a rescuer/enabler as a human shield.  They continuously test their rescuer/enabler to ensure their loyalty.  Once that human shield is used up (exhausted from the testing), they move on to another rescuer/enabler.

One of the things I really like about DBT is that DBT is skills based.  Skills can developed and strengthened via repetition until the use of those skills becomes the default mode of response.  The development of those skills is tracked with diary cards.

About half the skills involve re-tethering the user's "narrative" to reality.  Skills like:
-Temper your emotional mind state with rational thought (Wise mind in DBTese)
-Observe.  Don't assume or speculate.  Just focus on the observable facts.
-Describe.  This is a test that can help winnow the chaff of assumption and speculation from observable fact.
-Be non-judgemental.  That means remove yourself from the "narrative" (i.e., you cannot be the hub of the universe) and evaluate the situation from a fly-on-wall perspective.
-Stay focused.
-Do what works!  Play by the rules (because they mostly work).  Let go of anger and revenge (because they do not work in the long run).  Let go of pinning blame because that usually moves you away from your larger goal.  It is not effective.
-Abandon Black-White thinking.  The reality is that good people sometimes do boneheaded things and bad people are capable of actions that help you out.  Reality will not conform to your construct-universe just because it makes it easier for you to keep score.

I hate the word "narrative" because we have massive problems and they will get worse if let ourselves be trapped in 317 million conflicting construct-universes.