Belladonna is learning that college is a multi-year campaign and not just a quick skirmish.

She got a test back on Monday and the grade was lower than she had hoped.

The folks she is hanging out with said some disparaging things, or that was her interpretation.

She misses her dog. 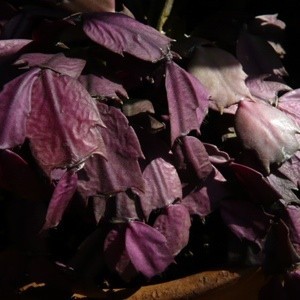 
As a point of clarification:  Self-love is the unconditional love that we give ourselves while Self-esteem is the feelings of worth that we earned.  They are two very different concepts.

I mentioned to Belladonna, that even though it is probably the last thing she wants to do, that the surest path out of her funk is to find somebody who is needy and to do something kind for them.

Then I had one of those flashes of self-awareness:  I am not an intrinsically nice guy.  I am a guy who has the self-esteem:air ratio adjusted to dead:rich on his self-esteem carburetor.


14.5-to-1 is a stoichiometric air:fuel ratio for "pure" gasoline and air.  That is 14.5 units, by weight, of air to each unit of gasoline.  Air and gasoline will combust through a wide range of ratios, however.

Running leaner, i.e. more air, can result in better fuel economy but is plagued with a host of other issues:  Increased NOx emissions, pre-detonation, erratic light-off, burning up pistons, big "holes" in the driveability.

On the other hand, there are few problems that running a little bit richer than stoichiometric won't help hide.  More than one mechanic has "fixed" drivability problems by adjusting the carburetor to run just a little bit richer.  The engine hums rather than rattles. The car jumps off the line like a scalded cat and accelerates powerfully through the entire RPM band.

Doing something kind for others

Doing something kind affirms that we do not need to be straight-A students to be a useful part of creation.

Doing something kind reminds us that we are all walking wounded in some way.  People often say disparaging things out of their own hurting.

Doing something kind reminds us of how fortunate we are and helps us count our blessings.

Doing something kind adjusts that self-esteem carburetor to just a little bit richer than "just enough" and smooths out many of the bumps and dead-spots we encounter in life.


Belladonna has been helping a fellow she calls "Bachman" with his studies.  I don't know if that is really his name.

So, I just had to post this video.  She had never heard of Bachman Turner Overdrive.
Posted by Eaton Rapids Joe at 9:19 AM