Maximizing value to the shareholders 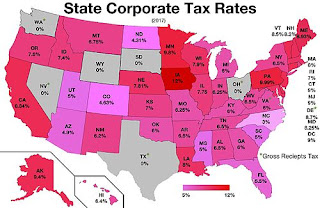 It is generally accepted that the role of management is to maximize the value of the enterprise for the owners, that is, the shareholders.

It is the fiduciary responsibility for proxy holders like mutual funds, pensions and insurance companies to vote in accordance to the perceived best interest of the owners who entrusted those proxy holders with their funds.

Price Earnings ratio is the ratio between a company's profit and the value the aggregate market places on that company. Increases in profit generally result in the value going up by Profit * Price/Earning ratio.

For example: Apple currently has a Price/Earnings ratio of 18.7 and a market cap (value) of $1.02 trillion. If net profits were to increase by 8.84%, then the market cap can be expected to increase by $97 billion dollars.

The reason the P/E ratio is important is because every dollar/year in lost income is $18.7 in lost market value...money that does not show up in retirement accounts and pension fund balances.

Amazon? The market cap would also go up $83 billion.

Those are the increases in market value, increases that would fall directly to the balance statements of retirees and savers if those three companies left California and reincorporated in a state that does not place income tax on corporations...states like Nevada, Ohio, South Dakota, Texas or Washington.

Our proxies are failing in their fiduciary responsibilities.

The legislature in California counts on the apathy of our proxies when they raise corporate income tax levels. After all, it is not the proxy's money. H. Ross Perot once famously noted that GM's corporate board members, voted into office by proxies, were "pet rocks". That describes most board members.

Eventually, the proxies and board members will get off top-dead-center. They cannot claim San Francisco is a great place to do business because of "services".

Can you imagine the potential of a class action suit against board members and fund proxy voters? Their inaction destroyed $270 BILLION in value for just those three companies.
Posted by Eaton Rapids Joe at 8:39 AM