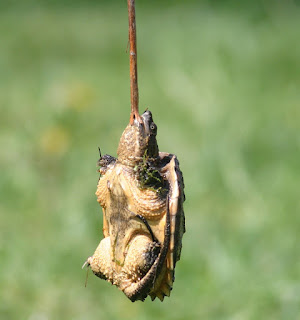 And with just a few words, President Trump made it impossible for any Democrat running against him to use troop draw-down in the middle-East or Islamophobia as a campaign issue in 2020.

Furthermore, he has them on record as going nuts when he pulls twenty-five troops back from defending the Turkey-Syria/Iraq border while the Democrats taking him to court to prevent him from guarding the Mexican-US border.

Kurds are worth shedding American blood and treasure to protect but US citizens are not? How do you defend that position in front of the American voters?

It is like poking a snapping turtle in the nose with a stick. You KNOW what it is going to do.
Posted by Eaton Rapids Joe at 7:58 AM