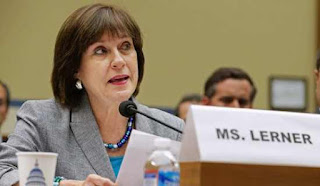 They began as an elite corps of slave soldiers made up of kidnapped young Christian boys who were converted to Islam, and became famed for internal cohesion cemented by strict discipline and order. Unlike typical slaves, they were paid regular salaries. Forbidden to marry or engage in trade, their complete loyalty to the Sultan was expected. By the seventeenth century, due to a dramatic increase in the size of the Ottoman standing army, the corps' initially strict recruitment policy was relaxed. Civilians bought their way into it in order to benefit from the improved socioeconomic status it conferred upon them. Consequently, the corps gradually lost its military character...

As Janissaries became aware of their own importance they began to desire a better life. By the early 17th century Janissaries had such prestige and influence that they dominated the government. They could mutiny and dictate policy and hinder efforts to modernize the army structure. They could change Sultans as they wished through palace coups.

By 1826, the sultan was ready to move against the Janissary in favour of a more modern military. The sultan informed them, through a fatwa, that he was forming a new army, organised and trained along modern European lines. As predicted, they mutinied, advancing on the sultan's palace. In the ensuing fight, the Janissary barracks were set in flames by artillery fire resulting in 4,000 Janissary fatalities. The survivors were either exiled or executed, and their possessions were confiscated by the Sultan. This event is now called the Auspicious Incident. The last of the Janissaries were then put to death by decapitation in what was later called the Tower of Blood  -Wikipedia


The comment "Forbidden to marry..." plotting of palace coups" and the self-serving growth in numbers (8000 in 1530 to 50000 a hundred years later) made me think of the bloated legions of debt ridden, men-hating graduates from our universities.

Human nature has not changed in the last 4000 years. One of the advantages of studying history, real history not the modern tripe staggering along beneath a metric shit-ton of propaganda, is that it will give you the answers to the questions you will encounter at the end of the term.

Donald, are you paying attention?