"Hey, sweetheart, what are you doing at five this afternoon?" I asked Mrs ERJ.

She looked at her calendar and said, "Nothing yet. What do you have in mind?"

"How would you like to go on a mission of mercy?" I said.

"Doing what?" she asked.

"Eating tacos with a lonely, old man." was my reply.

The wife of one of my coffee drinking buddies died three weeks ago.

The buddy dropped out of the coffee circuit five days ago and the only person who had seen him said he looked like sh!t.

I purchased a large coffee and drove out to his house to see what was up. 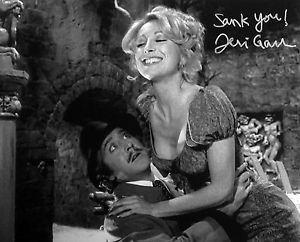 His dogs barked at me as I vigorously worked the large, antique, brass noise-maker on the door.

No sound of movement.

I called on the phone.

Finally I heard some rummaging around. Then a grumpy "What do you want?"

Clearly, he had my number on caller ID.

My friend had the flu and felt puny. He wasn't going to coffee because he didn't want to give anybody else the blue goofus.

He had not been able to get to sleep. He did look like crap and sounded down in the dumps.

I invited him out for later in the day...Taco Tuesday.

Then I thought, "I bet having a new audience to talk to would cheer him up."

Walking into the restaurant, it was clear that nearly everybody knew my friend and knew of his circumstances. The greetings were low-key, the way rural, mid-Western people in their seventies and eighties greet each other. The empathy was palpable.

Mrs ERJ WAS good for my friend. She listened to his stories and expressed surprise and admiration and sorrow at all the right times and her face mirrored those expressions.

Mrs ERJ did very little talking. Just a little squirt here and there to keep the words gushing.

My friend invited us in after dinner. That rarely happens because his house is a bit cluttered and he does not consider it presentable. He showed Mrs ERJ collections of kerosene lamps and family pictures and figurines.

It makes me count my blessings that my spouse is still alive and that by shear, blind, dumb luck am married to such a fine and caring human being.
Posted by Eaton Rapids Joe at 7:39 AM