What happens if California tanks? 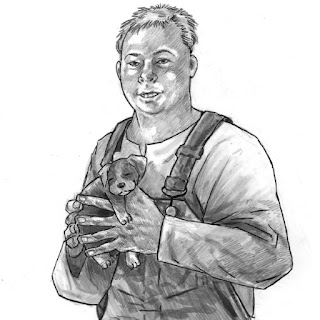 An able and well respected blogger contends that States across the Union will be monkey-hammered by mouth-breathing, un-employable morons when California goes totally in the ditch and become uninhabitable. He contends that virtually all of the people who migrated from other states to California are leeches, louts and lay-abouts.

I was stung by the assessment. My youngest brother lived in California for a while and I think he is a pretty smart guy.

I suspect that the blogger was thinking back to the Dust Bowl years and the migrants who traveled to California from the Dust Bowl to start a new life. Few of those migrants were highly educated or "skilled". He undoubtedly read Of Mice and Men (written by John Steinbeck, a California author) and subconsciously thinks all non-Californians are Lennie Small.

My gut feel is that migration from 1980 onward were primarily skilled workers seeking higher pay scales rather than less-skilled people seeking manual labor or welfare benefits. Let's get real here: Who wants to compete with illegal aliens for wages?

Testing the blogger's theory is difficult because the data regarding the educational attainment of people who migrated to California from other states is either non-existent or highly fragmented.

The best I could do was to look at US Census data and segregate state-of-origin for California inward migration.

The easiest data to use was 2010-through-2016, seven years data. I am going to commit a statistical sin and multiply it by 3.0 to make it look like two decades of migration. I speculate that is the high-end of the raw number of people who would leave California. Many are bound by family ties to stay in California. Many don't have the means to move.

Alaska: Tough place to live. I wonder how many of the migrants from Alaska originally lived in California and decided to commune with nature in Alaska before being slapped in the face by reality.

Hawaii: Many fragilities when primary economic drivers are tourism and military. Some islands might be OK for the end of civilization as we know it, others not-so-much. Might be wise to learn Mandrin as a safety net. Just saying, living in Hawaii puts a target on your chest.

District of Columbia: Great place to be when the Empire implodes. Not!

Oregon and Washington: Yup, many of them will go back.

Deep-diving those states that sent relatively few to California:
It is difficult to believe that any state would struggle to absorb 2% more people.

Most of the locals will be happy when there is more access to doctors and veterinarians and mechanics and welders. It might drive down wages in those professions.