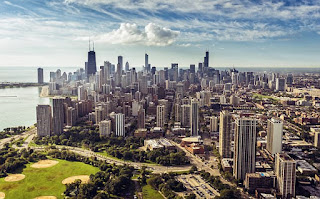 Rising interest rates are more than an academic interest.  Earlier I discussed the impact that rising mortgage rates have on house values.  That was a micro discussion.  In this essay I want to discuss the issue from a more macro approach.

While it may look like I am picking on Chicago I am not.  I am simply using them as one example of how governmental units are sustaining their "lifestyle" with their credit cards.  All is joy and happiness until all the cards are maxed out and you cannot get another.

Let's look under the hood and see how they do that. 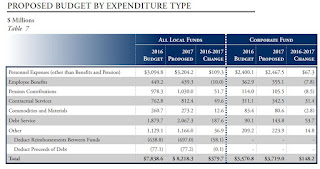 Some of it is due to issuing debt.  There are two kinds of debt, really.  One kind of debt is tied to durable assets.  The other kind of debt is to cover budget shortfalls and to finance short-lived gains.  In the for-what-it-is-worth category, Chicago was projected to have a $137 million shortfall in 2017 and they were very proud that it was that small.

Approximately 25% of Chicago's budget goes to "service" debt.  If they are like many municipalities, they don't pay-down their debt.  They roll them over by issuing new debt.  A rise in interest rates results in accelerating debt payments as bonds mature and are rolled over at the new, higher rates.

Pension assets
While higher interest rates are advantageous for pension funds in the long term they are devastating to asset values in the short term.  Interest rates and the asset value of the underlying bond move in opposite directions.

But wait, the Feds and the State of Illinios will  come to the rescue...
They already have.

16% of the Chicago budget is Federal and State grant money.

That does not include money from the State of Illinois from the Fuel Tax which is apportioned based on population rather than miles of road or miles driven.  Chicago gets 22% of Illinois Fuel Tax that is collected while it only has 1.3% of the miles of road.  They must have really fantastic roads in Chicago, I am guessing. 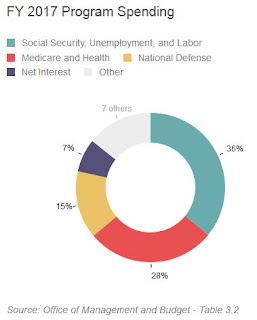 On the face of it, the Fed should not have too much trouble benchpressing a 50% increase in interest rates...from 2.3% to 3.5%.  That would take the Net Interest to about 10% of the budget.  Again, this would happen over time.

Discretionary spending is approximately 25% of the Federal budget.  A 1.2% percent rise in interest rates will result in a 12% reduction in Discretionary funding. 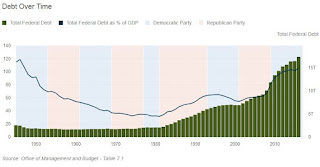 And it is not as if the deficit is shrinking.

Much of what makes Chicago a cool and fun city is fueled by debt.  Debt decouples spending from underlying economics and creates an illusion of boundless possibilities.  The difference between a household and a city is that residents and businesses can flee the city.  They can also flee the state if the city has enough political power to force the state to subsidize the city.

This is likely to be the fate of many cities.
Posted by Eaton Rapids Joe at 4:00 AM