Dislocation theory as applied to the Social Sciences

Even the most obtuse smuck at the corporate coffee pot notices that any "system" hits the wall when ridden too long.  A rigid set of rules invariably finds itself painted into a corner.

Marx observed that "internal contradictions" add up and become a parasitic burden on the system, presumably causing it to blow up.

What is lacking is a rigorous discussion of the mechanism that drives those impasses.

I propose that "Dislocation Theory" as used to define plasticity in crystals is applicable to social systems.

The problem
There was an intractable problem with crystal lattice theory when confronted with measured test data. The forces required to plastically (permanently) deform pure metal crystals was far, far lower than what math predicted.

The earlier math prediction presumed that entire planes or sheets within the crystal lattice had to move at the same time, like a sheet of snow avalanching off a smooth, steep slope.

The solution was proposed almost simultaneously by several sets of scientists: Dehlinger, Masing and Polanyi, Yamaguchi in 1934.

If that discussion is too weird, consider a zipper.

Work hardening
A bonus of the dislocation theory is that it provides insight for the mechanisms behind "work hardening" of materials and precipitation hardening of alloys.

The same phenomena occurs when a dislocation meets another dislocation.  In either case, the en masse shift results in another family of dislocations. 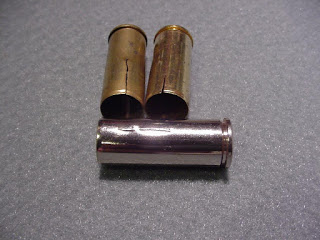 When a piece of metal has been work hardened to the point where it becomes unmanageable or is about to crack...then it can be annealed with heat.  Some alloys don't require much heat.  Lead alloys, for instance, essentially anneal themselves at room temperature.  Other alloys, like cartridge brass, require temperatures over 400F.

In days of yore there were only two, Love God and Treat Your Neighbor as You Wish to be Treated.

The original rules were found wanting and different rule sets were tried.  Often they worked modestly well for a while but then they stopped working.  They hit the wall.

People and organizations bound by the rule-set responded to the rules imposed upon them by developing their own internal rule sets. Entire fields of study were developed to avoid the problems associated with the original rule sets: Consider accounting and all of the gymnastics corporations perform to minimize tax burden.  That would be the second families of dislocations.

Then the ruling organizations responded by creating more rules and laws in response to the peon's counter-measures...the third family... and on and on and on.

If not subjected to the furnace of war, famine, pestilence or other annealing events the aging society will fracture and a new rule set will be tried.

Some elements of society are like lead.  That is, they are essentially self-annealing.  Consider the wisdom of an elder.  They usually take that wisdom to the grave leaving a new crop of stupid, young people.  All of the rules the elder had internalized to navigate the system are lost just like the dense forests of dislocations in a piece of worked lead disappear.

Other elements are not self-annealing.  Federal Law is a good example.

Can any useful advice be extracted from this theory?
Simple rule sets are best.  Occam's razor should be applied vigorously.  Too many rules beget more rules.  More rules destroy our flexibility.

The Golden Rule is still useful.

Empires that don't regenerate from within will be destroyed by more younger, more vigorous external forces.

The Phoenix myth might not be a myth.  Fire/heat is required for internal regeneration...the purging of dislocations.

Concrete example
The progressive/liberal/social justice movement might be at the moment when they need to either pull a Phoenix or watch the Conservatives gain ascendancy.

This seems unlikely.  Progressives are every-onward-and-upward types.  They see all dislocations as progress and are loath to restart.