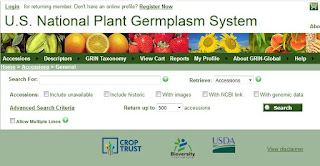 I grit my teeth when people in the "public sector" define an outsider as "He came from business."

To me, "business" was so broad of a term as to be meaningless.

People who come from "business" understand the insanity of punishing their customers.

.Gov
During the last Federal Government shutdown the Administration configured things to inflict maximum pain on the public.  The Executive Branch assumed there was a transitive property to pain, that they can hurt the other side by punishing the "other side's" constituents.

Note the different mindset:  "Business wins customers through service." while "Government punishes until the subjects submit."

Much of my interaction with the Federal Government is through the internet.  That is, ported through servers (computers) and in nearly all cases the processes I use are automated.  For all practical purposes, a Federal shutdown becomes invisible to me if nobody powers down the servers.

Does that cost a little bit of money, to keep the servers powered up?  Yes, maybe a little.  But it also costs money to keep the buildings heated and the fans running to prevent the plumbing from freezing.  The cost of the keeping the servers running is probably 0.001% of the Federal budget.  They probably spent more money in labor to shut the servers down than they saved in power.

Obama's Executive branch powered down .gov servers the minute the government shut down.

So far, the servers I "tickled" this shutdown remain up.
Posted by Eaton Rapids Joe at 9:25 AM