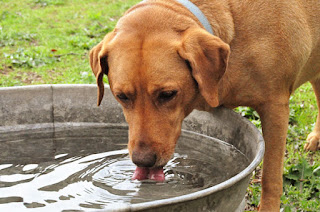 And the Lord said to Gideon, “The people who are with you are too many for Me to give the Midianites into their hands, lest Israel claim glory for itself against Me, saying, ‘My own hand has saved me.’ 3 Now therefore, proclaim in the hearing of the people, saying, ‘Whoever is fearful and afraid, let him turn and depart at once from Mount Gilead.’” And twenty-two thousand of the people returned, and ten thousand remained.

5 So he brought the people down to the water. And the Lord said to Gideon, “Everyone who laps from the water with his tongue, as a dog laps, you shall set apart by himself; likewise everyone who gets down on his knees to drink.” 6 And the number of those who lapped, putting their hand to their mouth, was three hundred men; but all the rest of the people got down on their knees to drink water. 7 Then the Lord said to Gideon, “By the three hundred men who lapped I will save you, and deliver the Midianites into your hand.     -Judges 7:2-7 NKJ

This passage is sometimes dredged up by folks who dislike dogs to justify their prejudice.  After all, God Almighty does not like dogs so it is OK for them to not like dogs.

I, as a dog love, deconstruct this passage differently.  It is an exercise in context.

Ancient battle was often as much theatrics as personal contest.  In soccer we called it "dancing around the ball."  Saying ‘Whoever is fearful and afraid, let him turn and depart at once from Mount Gilead. cleared the field of those who were tempted to show up and "dance around the ball".  Presumably, two-thirds of the army fell into this category.

They are vulnerable for a multitude of reasons:
Now I want you to visualize the posture of somebody dipping their hand (singular) into the water and bringing it up to their mouths.

The ability to see into men's hearts
This story presents us with a miracle but it is not the miracle seen by the casual reader.  This is not an example of God being inscrutable. This is a miracle where God gave Gideon the ability to look into his men's hearts based on their actions, actions that anybody can observe and interpret.

A man who is extremely thirsty and still exercises situational awareness and combat readiness when drinking is a man who is ready to battle.  The point is driven even deeper when you realize that the undisciplined were not only filling their bellies more quickly, they were also muddying the stream as they drink.  Also bear in mind that the observant Jew was not using both hands.  He was lifting up the water with a single, clean, hand.  A very slow process.

This story suggests that one percent of an army are "the three hundred".  That is exactly the same ratio proposed by Heraclitus


“Out of every one hundred men, ten shouldn't even be there, eighty are just targets, nine are the real fighters, and we are lucky to have them, for they make the battle. Ah, but the one, one is a warrior, and he will bring the others back.”