And now mosquitoes.  They reproduce any place there is standing water. 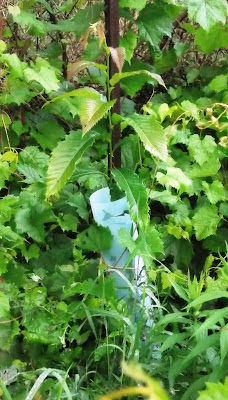 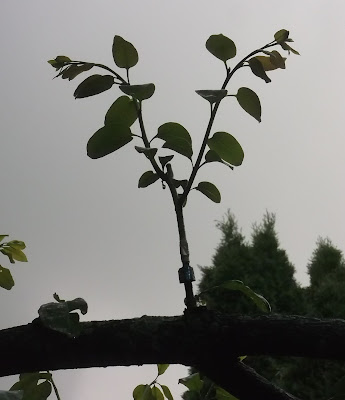 Every graft I made of Lena and H-120 persimmon took.  Not a single graft of Szukis did.  It is just one of those things.  Novice grafters should not take failures too seriously.  Sometimes we fail due to factors we have no control over.  In the case of Szukis, it is one of my less cold-hardy cultivars and last winter was a test winter with a temperature of -20F.


Allergies were rough this month between the pollen and molds.

While not admitting anything, I can now lip-read much more clearly and the landscape no longer has that sepia tint to it.

And a few day trips


I got to visit Schupbach's Sporting Goods store in Jackson, Michigan.  It came highly recommended by one of my coffee drinking buddies.  He spent many a dollar there in the 1940s and 1950.  This is an old style sporting goods store right in the heard of downtown Jackson, Michigan.

After exercising super-human will power (I did not buy anything), we went to a brew pub.  Most of the selections were pretty strange.  They offered a "Breakfast IPA" with hints of coffee beans, oatmeal, grapefruit rinds and blueberry muffins.  It was a little easier to exercise restraint than it was in the gun store.
Posted by Eaton Rapids Joe at 9:24 PM