I have mushrooms popping up underneath my Norway Spruce.  They are big...6" wide and 6" tall.  They have been popping up all summer long.

One of my neighbors is from Poland and very into mushrooms. I took one of these over to him so he could advise me regarding its edibility.  He took one look started shaking his head "No!", slowly backing away.  His wife walked into the room and they had a very short conversation in Polish.  She started shaking her head "No!" and backing up.

But they were not able to tell me the name of the mushroom in English.  I really wanted to know because I have five or ten pounds of them coming up every week. 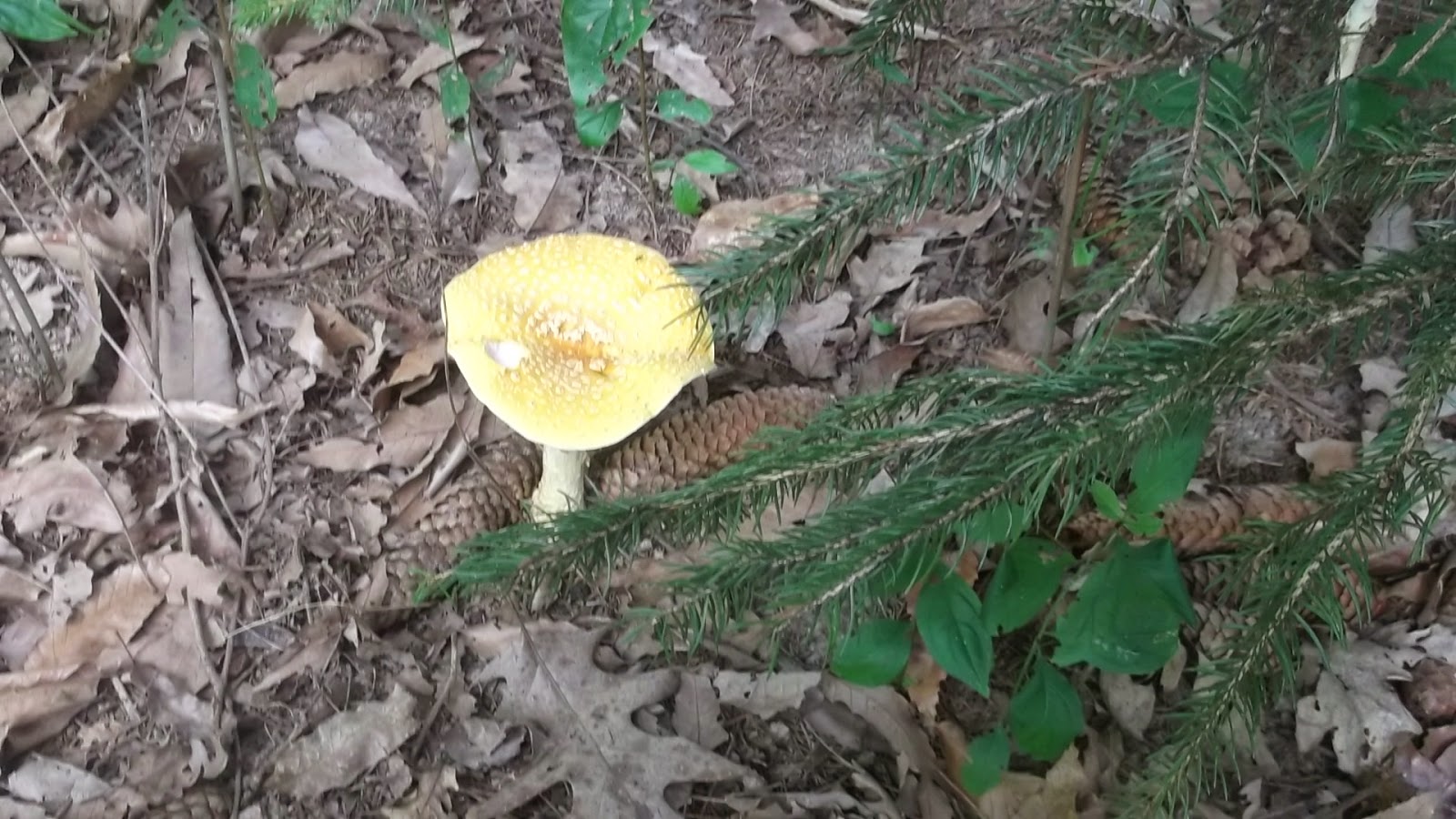 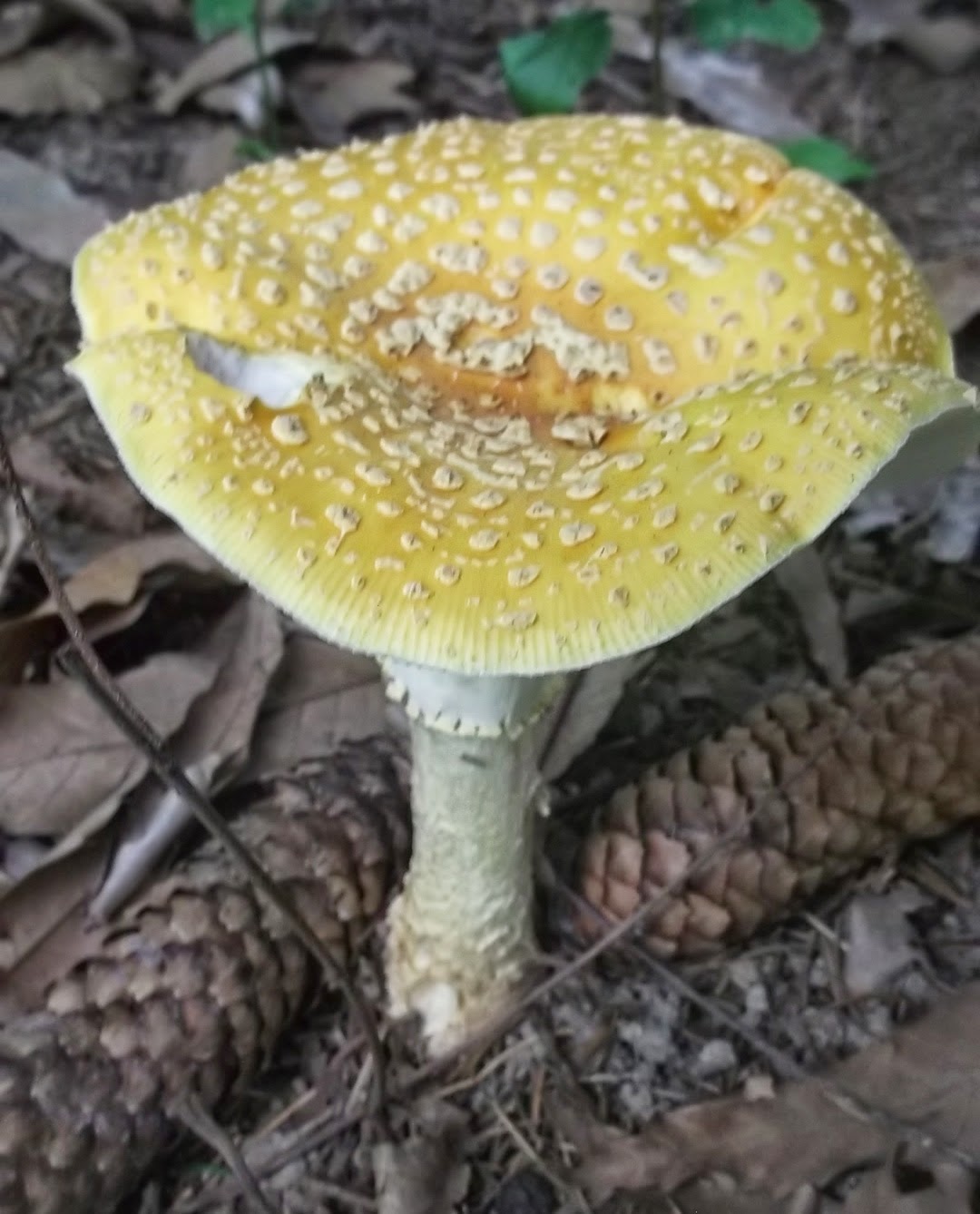 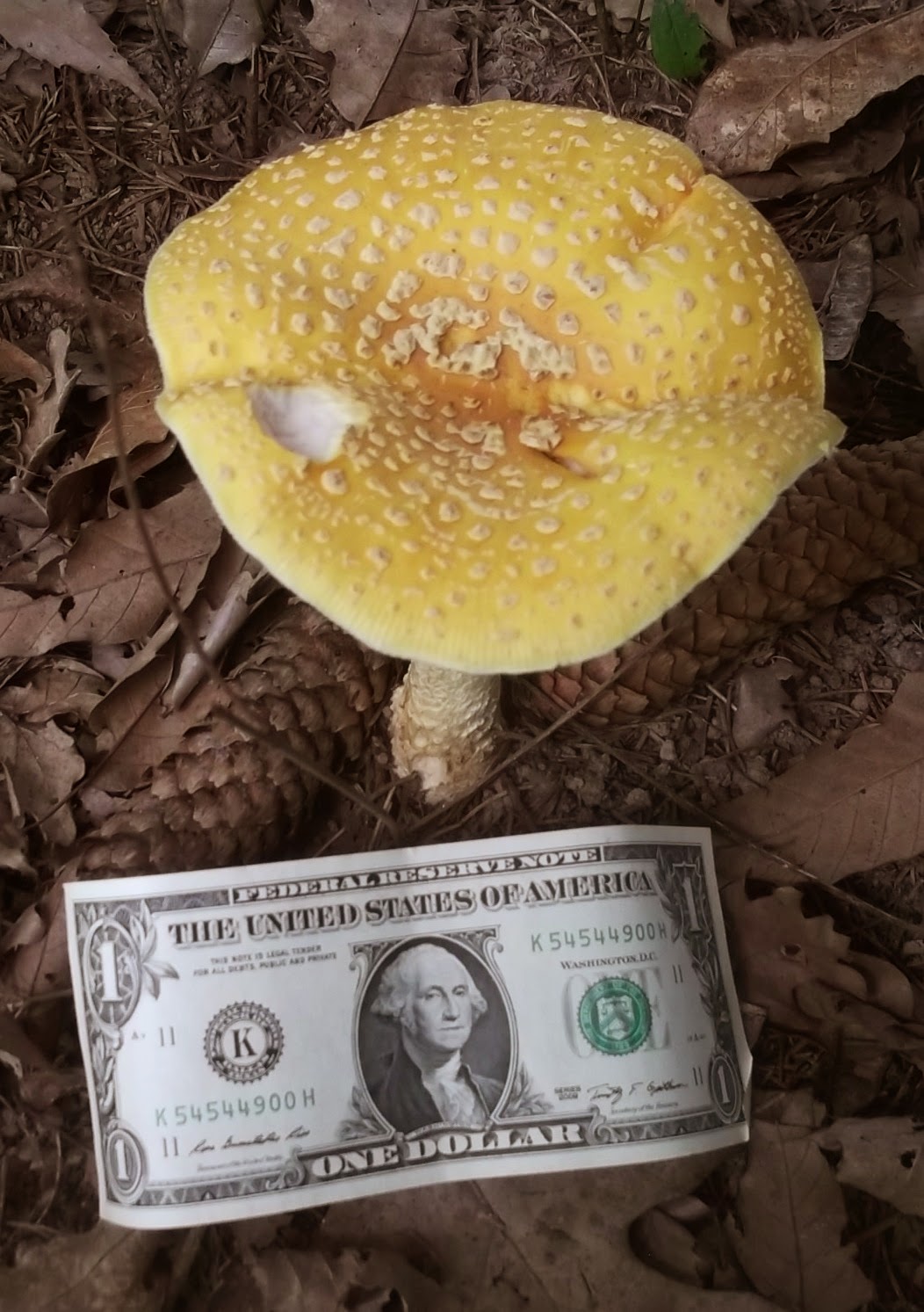 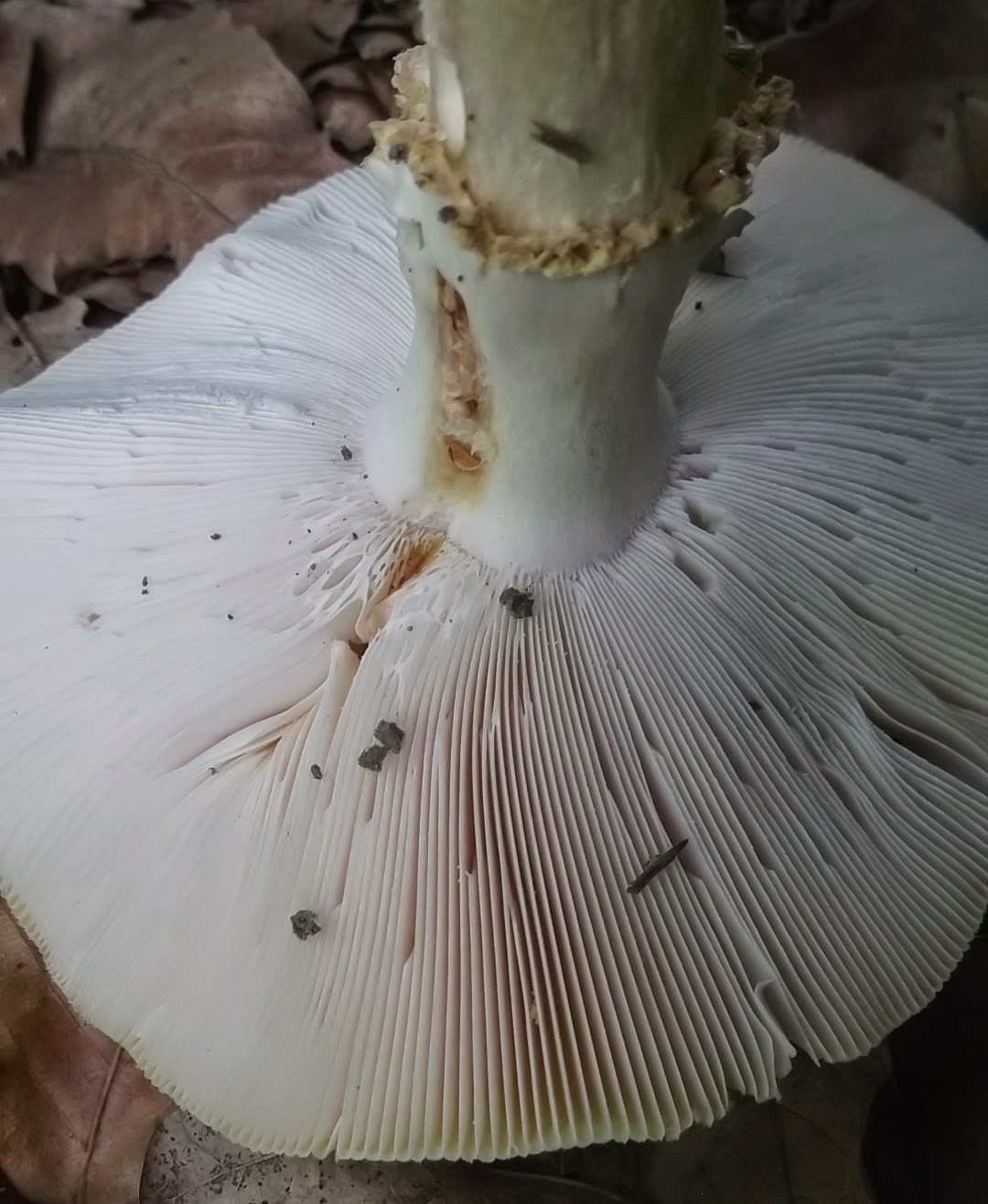 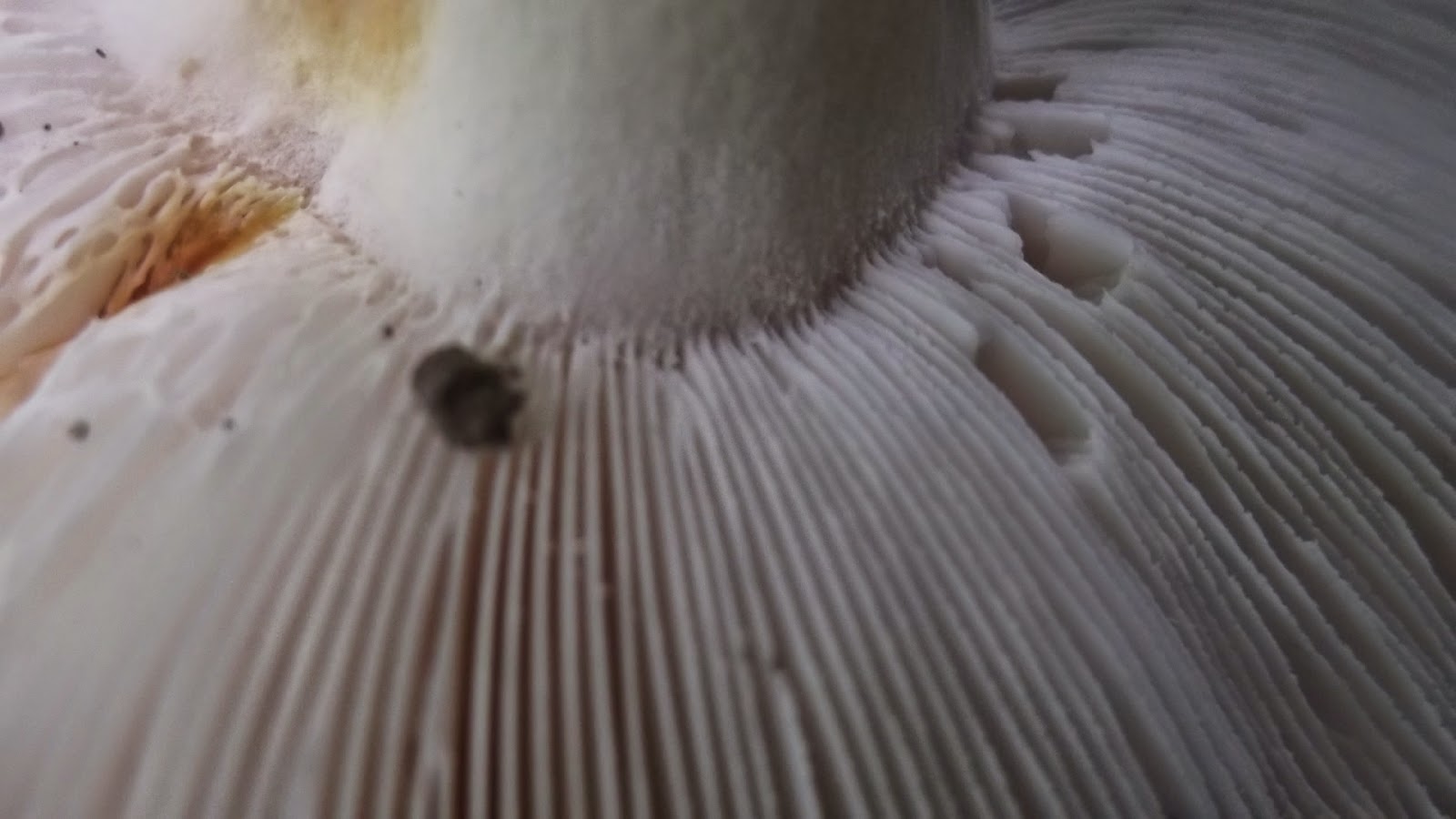 So I stepped up and keyed it out in from a handbook.

It keys out as Yellow-Orange Fly Agaric

Although it is generally considered poisonous, reports of human deaths resulting from eating the mushroom are extremely rare. After parboiling—which removes the mushroom's psychoactive substances—it is eaten in parts of Europe, Asia, and North America. Amanita muscaria is noted for its hallucinogenic properties, with its main psychoactive constituent being the compound muscimol. The mushroom was used as an intoxicant and entheogen by the peoples of Siberia -from Wikipedia 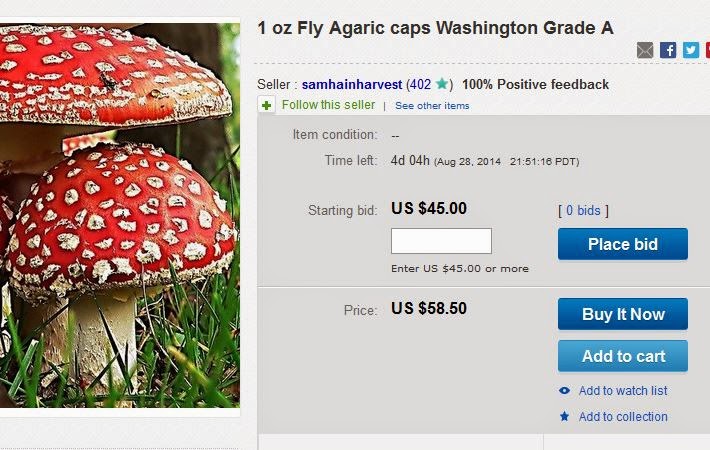