Drywall repair is not my favorite thing.  Some people have a knack for it.  Often they are people who own(ed) rental units and have had much practice.  I am not one of those people who have "the knack".

Holes appear in drywall.  Kids seem to go through a stage where punctuation, exlamation points, involves hitting (or kicking) things.  Walls are safe things to hit.  Some kids do it once and get it out of their system.  Others linger in that stage for a much longer time.

It is discouraging thing to start to repair a hole and find the repair knocked in before the plaster is dry.

The number of holes and blemishes increased over time.

Then, a certain young person decided they wanted to redo their room. 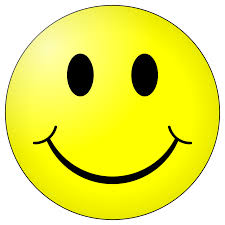 I played it straight.  We went to Menard's to pick up supplies.  Menard's is about a 30 minute drive from our house.  We had a flat tire on the way.  That turned a 75 minute errand into a two hour errand.  The "certain young person" was unhappy about the time invested in making the trip.

"You know," I said "it takes a lot of time and work to unwind entropy.  It only takes a second to knock a hole in a wall but it takes hours to fix it....by the time you figure in all the work."

I recently read this article and I think this guy has it figured out.  Ignore the title of the article, it is needlessly provoking.


In 2000, Marohn found himself assigned to ﬁx a leaky pipe in Remer, a small town north of Brainerd. It was a routine project, but it would ultimately lead him to an epiphany.

He discovered that the project was too small; grant agencies didn’t seem to be interested in a $300,000 renovation, he found, presumably because it wasn’t worth the time in administration costs. So he expanded the project, proposing the government pay not just to ﬁx the pipe but also to extend the sewers, expand the size of the pumps, and more, at a cost of $2.6 million.

But over the next several years, as Marohn went back to Remer to do additional work—he had by then gotten a degree in urban planning—and saw that the town was in the process of doing a similar project with their water system, he realized he had created an unsustainable ﬁnancial situation. Thanks to the leaky pipe he ﬁxed, the town now had to bear the maintenance costs of a system that was double the size of the one it had before. “I bought them time,” he says, “but I gave them a giant unfunded liability.”

Marohn started questioning the rationale of this kind of system...

The temptation is to look at just the kernel of a business decision and to ignore ancillary costs.  But there are times when the ancillary costs dominate.  Examples include capital projects with extremely long life cycles.  It also includes tasks do not involve expensive materials but suck down hours and hours of time, like repairing drywall.

Life-cycle costs are brutally difficult to calculate because there is no consensus on when to start the clock and when to switch the clock off.  Consider an item as trivial as a toy with a battery in it.  How does one keep book on the externalized costs involved in the production of the plastics and the mining of the materials in the battery?  How does one keep book on the costs incurred when the battery (which may contain mercury) is improperly disposed of?  That mercury can cause birth defects and neurological damage in both aquatic life and in humans.

One of the arts of parenting (and being a boss and governing) is finding ways to ensure that externalized costs are reattached to the decision-maker.

While drywall is not my favorite thing to do, I am enchanted with the challenges of reattaching externalized costs.  I consider myself an agent of Karma.
Posted by Eaton Rapids Joe at 9:37 PM