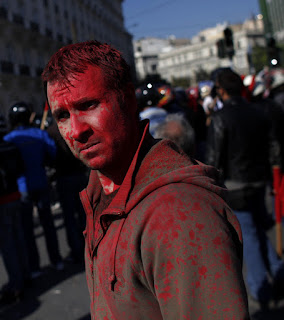 I will try to be on best behavior. Not discussing politics, religion, gender pronouns or the economy.

That leaves smiling, drinking beer, swimming and talking about the weather, fishing, gardening and kids.

Outrage
I am suspicious of people who feel outrage on behalf of injustices done to others.

There have been occasions when both I and the outraged person saw the injustice. In one case the injured person was one of our party. The enraged person was far more offended than the person who had been slighted. Stolen outrage?

I learned to put the people who are energized by stolen outrage into the same class as those who cannot forgive themselves for something in their past.

In both cases they lay claim to having higher standards than God. God forgives. God has a clearly marked trail to redemption. He knows we are flawed and weak. He made us.

People who are pathologically unable to forgive themselves or others are placing themselves above God.

Don't have to deal with the fallout
A Magistrate once told me that most dogs that are shot by "neighbors" are actually shot by guests on the property, usually deer hunters.

His perception was that the guests somehow think they are defending the property and it is a way to "pay rent" for the privilege.

He said that it is very rare for the person who lives on the property to shoot a dog that is running deer or molesting wildlife. The reasons are two-fold. The biggest reason is that it absolutely poisons relationships in the neighborhood.

The other reason is that most country folk recognize their neighbor's dogs. If the dog running bothers you, call the DNR, describe the dog and tell them where it lives.

The guest who shoots a neighbor's dog and the people who get all jacked-up by outrage are completely free of the shit-storm when it goes down. That undoubtedly molds their behavior.

Antifa
Antifa is very similar to the guest who shoots the neighbor's dog. They drive in from Pittsburgh, or Columbus or Ann Arbor, put on masks, break windows and crack heads. They are back home and watch the videos on TV in their favorite brew-pub as the fall-out happens.

If it were a perfect world the cops would put vivid, blue dye in the water-cannons and Smurf them. Putrid smell is optional. Cops might not be allowed to kill them but they can help them dye.