And just like that we went from too much water to running irrigation for optimum growth.

The blue line is the cumulative rainfall since June first. There was almost five inches of rain in the first three weeks of June with a very modest amount of rain from June 21 until now.

The brick colored line is the evaporation/transpiration reference. Basically, it is how much water would evaporate out of a cake pan filled with water.

Even though there is much water stored in the subsoil, most of the fertility is in the top six inches. The plants cannot extract those nutrients when the top layer is bone dry. 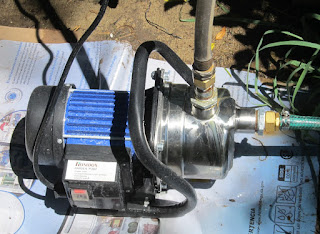 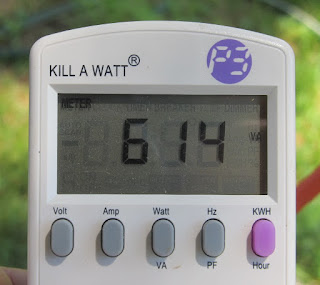 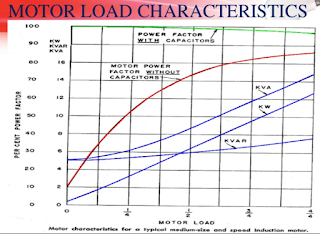 While the motor might make 1200 Watts of power under optimum loading, I am perfectly happy to have it using 600 Watts. At thirteen cents a kWh it costs me about eight cents worth of electricity to run it for an hour.

One of the unanticipated benefits of using the pump to boost the pressure is that I found some leaks that I did not know I had.

Pushing solely with line pressure from the house through a couple of hundred feet of 5/8" hose did not leave me with much pressure.

Hercules had chewed up the trickle irrigation line in places and I thought I had found and fixed all of those leaks. I was wrong.

With the pump I can run at least two rain-birds at the end of the line.

For giggles, I am going to see what the flow out of three or four look like.