Another thought on disgruntled, active shooters:

Margin retreat is a marketing term used to describe a phenomena in the market place.

Those institutions react by dropping simpler products as their internal cost structure makes it unprofitable to produce and sell those simpler, less expensive products.

For example:  Ford used to be "every man's" car but they got larger and more bells and whistles were added.  Then VW, Datsun and Toyota entered the vacuum created by Ford's upward migration.  In time they also moved up-market and now Kia, gators and golf carts are filling the void.

You see it to a lesser degree in fast foods.  The earliest fast food restaurants produced very simple offerings but then moved upscale with super-double-lettuce-guacomole-bacon-tomato on sour-dough sandwiches.  That created a vacuum which was filled by Hot-n-Now type restaurants with their simple menus and streamlined production processes.

The legal system
"Disgruntled" shooters are motivated by a grievance.

The traditional legal system for redressing grievances evolved into Kabuki theater, a slow, expensive, stylized dance that seems little connected to real life.  I think that created a vacuum. 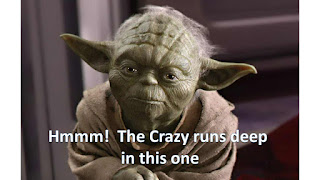 Perhaps it is time to discuss a greater role for "ombudsmen" or other types of arbitrators.  If nothing else it gives sane people a good, long look at potential crazies.  In the best case scenario, the crazy might feel listened to and validated even if their injury is not 100% redressed the way they wish.
Posted by Eaton Rapids Joe at 7:18 AM