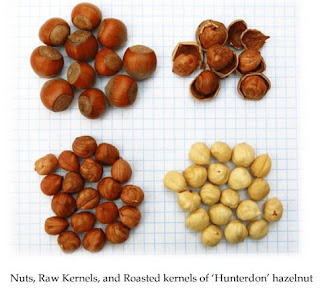 The handbook has a section near the back (starting on page 16) where some newly released, Eastern Filbert Blight resistant cultivars are described.

The long slog of grunt-work at Rutgers is starting to pay off. A big salute to Tom Molnar and his team.
Posted by Eaton Rapids Joe at 1:38 PM