The Columbus or Nance Drill

The John Nance drill is based on the death of John Nance of the Columbus (OH) Fire Department. Engineer John Nance was trapped in the basement of a commercial occupancy following a floor collapse. Despite the exhaustive efforts of multiple crews, Engineer Nance was unable to be removed from the occupancy prior to succumbing to the fire and its by-products. Several attempts were made in John's rescue attempt, including dropping a ladder in the hole for him to climb out. Unfortunately, John was too disoriented to complete his own extrication from the below-grade area. 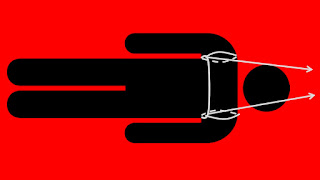 Assuming the unconscious body is on his back. Drape center of rope across chest at armpit level.

Lift other arm and slide rope beneath that arm.

With regard to the Seven Skinny Cows story, if you were a young man you might think you were following the rules if you only approached the victim to set the ropes and then pulled him from a distance.

In a similar way, a guy as strong as Chernovsky could use a much shorter loop to make a field expedient grab handle to drag bodies to the porch.

The loop could be untied and pulled from one end to remove. In Chernovsky's case, he would simple slide the end of the loop he grabs back beneath the chest loop.

Wait until Wednesday to see how well it works for them.