We spent the afternoon at a graduation Open House. Rather than money we gave the young man a 22 ounce, steel handled, framing hammer. Money is soon forgotten but this hammer can last him decades. 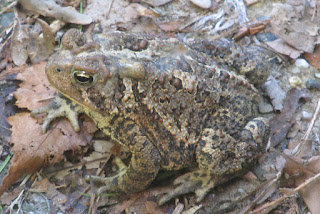 Toads
A study in camouflage. I almost stepped on him.

This year should yield a bumper crop of amphibians due to the extensive and prolonged flooding.

I did not see very many tadpoles in the burn pit this spring. I think they count on the cows "fertilizing" the water. Best practice has been to fence livestock out of open water. I wonder if that contributed to the decline in amphibians.

Woodchucks
I have about fifty cabbage seedlings to plant. I also have an infestation of woodchucks. 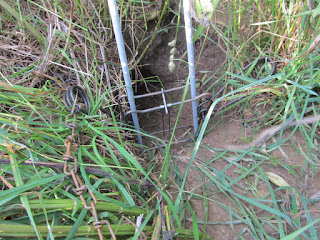 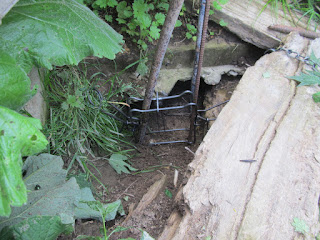 I caught a young one within fifteen minutes on the lower set. 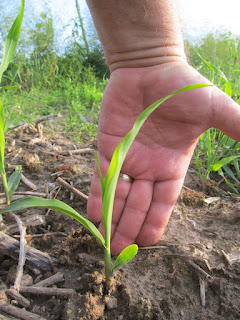 Knee high by the Fourth of July  looks possible but not a sure thing.

Motherswort
It just sort of came together for me as I was mowing. My mentor was a very strong believer in pushing trees to fill their allotted space. He had little patience for people who rhapsodized over making trees struggle as if that would make the fruit more saintly or special. He considered it laziness masquerading as virtue.

A very rough guideline in Michigan is to fertilize to get two feet of terminal extension a year on your trees while they are young and you are filling the allotted space and then to back off on the nitrogen. At that point terminal extension of 12" a year should be your target. Obviously you will have to prune the trees as they try to grow out of their envelop.

Roger typically doubled that target while growing trees and I saw him get eight feet out of a sweet cherry tree in one year.

Growing locations that are farther north or get colder than Michigan should aim for less growth so the trees have time to store carbs for cold resistance.

The part that came together for me is that you are probably not fertilizing young trees with enough nitrogen if you don't have a "weed" problem with nettles and motherswort.

Both of these plants fill a similar niche and both are very nutrient demanding. I prefer motherswort of the two. It is a good pollen/nectar plant with a very long period of availability and it will not make you itch like nettles. The motherswort has been flowering for a few days. I was not paying that much attention. It is now about 770 GDD-b50.

Another plant that occupies a similar niche is asparagus.

It is serendipitous that a common weed that WANTS to grow in a well fertilized orchard is a keystone species for parasitoid wasps and honey bees and bumble bees.

Now I am looking for a perennial pollen/nectar species that will bridge between horseradish and motherswort. There was a tiny bit of overlap in the bloom time between the two this year. 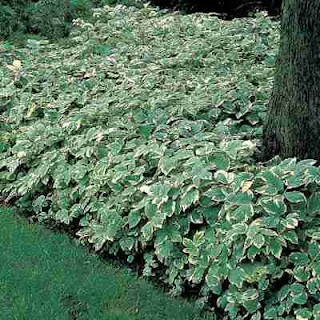 Snow-on-the-mountain is a groundcover that comes close to meeting my needs for flowering time and morphology but I prefer a native species or an edible one if I can find it.
Posted by Eaton Rapids Joe at 8:42 PM