One of the weird things about the nightly news in the late 1960s and early 1970s were the "body counts" reported.

Lyndon Johnson's Secretary of Defense was Robert McNamara. He was also a student of modern business management. Nothing is real unless it is quantified.

Since promotions were based on "effectiveness" there was incentive to inflate the numbers. It is rumored that some officers added the number of weapons (firearms, grenades, magazines) that were captured each day to the number of enemy killed.

Their reasoning was that removing a weapon from the field was as good as killing the 15-year-old who would be carrying it next week. Or maybe it was because they heard rumors that the other officers were doing it and those were the officers they were competing with for promotions. The first liar never had a chance.

Regarding the body count at the Battle of Bridge Street, there were seven dead on the ground in the kill sack ten minutes after the shooting stopped.

A solid hit to the Central Nervous System is dead right there.

An instantaneous loss of blood pressure results in a loss of consciousness in about ten seconds. At 12 miles per hour, that person will cover almost 180 feet before tipping over.

The slow moving .22LR stretches tissue as it passes through and the tissue snaps back afterward. Even if the .22 hit a major artery (arteries are the vessels that are under the most pressure) it tears through the artery rather than punching a clean, round holes (holes, plural, in-and-out)

Assume for lack of a better number that it takes forty seconds for the blood pressure to drop enough to cause a fighter to faint when hit in a major artery by a .22LR . They can travel over 200 yards before tipping over. 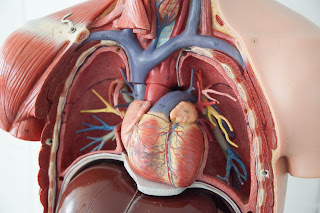 If you do a little bit of image analysis you will determine that the heart and arteries represent roughly 25% of the frontal area of the chest.

That means that there is a 75% chance that the target has the potential to travel well over 200 yards when solidly hit in the front of the chest with a low-speed round like most handgun bullets or a .22 LR.

That is why defensive handgun trainers are adamant, shoot the aggressor until you run out of ammunition or they fall down and stop being a threat. You will rarely know if you hit the target based on the reaction and a dead-man-walking target can still kill you or your loved ones very dead before d-m-w tips over.

The herd effect
African animals have a reputation for being very, very difficult to kill. If you listen to people who have been on safari or new professional hunters they will tell you that a ngali or eland, animals the size of a North American mule-deer or elk respectively can soak up four times as much lead as a full grown elk.

For one thing, most African game have shoulder humps. That causes most hunters from North America to shoot too high. Often they miss the lung-heart cavity. Even if they hit it, it is in the fringes of the cavity where the blood vessels are small and consequently death is by lung collapse and pulmonary rather than a fast bleed-out.

The other major reason is that African plains animals are herd animals. They are not like North American deer which are primarily solitary animals. The hard-wiring of a herd animal is "being left by the herd is guaranteed death." And in Africa that is 100% true. The wounded animal runs with the herd until it tips over.

From the hunter-in-Africa's standpoint, that is unfortunate. The blood trail is churned into the dust and almost impossible to discern. The hunter pays his $10,000 the instant he fires his gun whether he recovers the animal or not. The only 'good' thing is that the tracker has to follow the path of the herd, not the single animal. It becomes a challenge only when the herd splits up.

When under stress, humans regress to the most basic level of programming...the hard-wiring. We, too are herd animals. Jesus did not call us "sheep" because he thought sheep were cute.

If a gang, or herd, of humans comes under fire it is my belief that the vast majority of the wounded will run with their herd until they topple or stagger off to the side, unable to track in a straight line.

That is where the "numbers" in the Seven Skinny Cows installment came from. The first couple of volleys from the side connected but the shooters did not shift targets because their targets were still up-right. The remaining shots were at running targets, mostly turned sideways to the shooters.

Most targets received multiple gunshot wounds but that was not obvious to the shooters. Nearly all of those targets died out-of-sight of the shooters.
Posted by Eaton Rapids Joe at 9:19 AM